Home » Cars » Why I Bought a Cadillac CTS-V Coupe…

Why I Bought a Cadillac CTS-V Coupe… 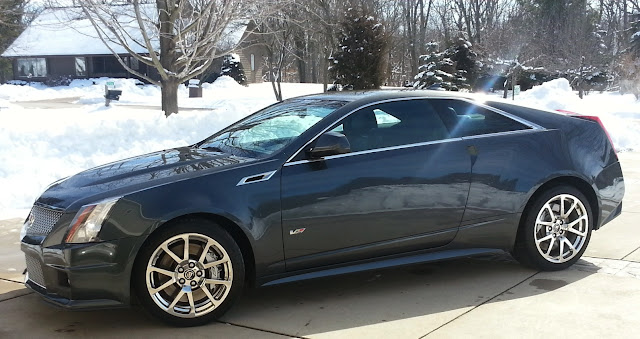 I live outside of Chicago and have been going to the Chicago Auto Show every year for about 25 years. It seems like about once every 3 or 4 years there’s a car that draws me back for another look, and then another look, and then another….. Okay, you get the point. In February of 2009 there was such a car. The Cadillac CTS-V Coupe. I went up to the Cadillac rep and asked when it would be for sale. He said it was still considered a concept at that time, but to hang tight. So, a year later, February 2010 there it was again! “When are you going to start selling these things?” I asked.  I was told later on in the year around August. 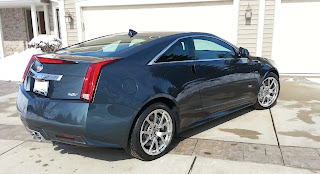 Fast forward to September of 2010. My phone rings from a buddy calling to tell me that he is on his way home to get the title to his 2007 Z06 ‘Vette so he can trade it in for a 2011 Cadillac CTS-V Coupe. My response? “You suck!”, of course. I drove to his house the next day, and after seeing it’s beauty and a chance to drive it, I said to myself… Oh my god, I have to have one of these. For three weeks I hemmed and hawed, and finally woke up one Saturday morning and decided: Life is short. Do it! 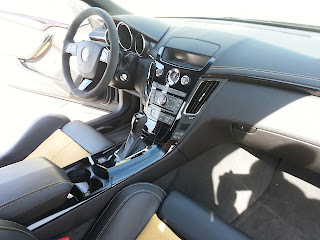 This was one of the best decisions I ever made. I ordered it in Thunder Gray, with ebony and saffron Recaro seats. Eight weeks later. Sweetness! This car truly amazes. The 556 HP supercharged 6.2 liter V-8 will push you back in your seat like there’s no tomorrow. In seconds you’re probably breaking the law, no matter what the speed limit. Everything about the driving experience feels right. Power, handling, precise steering, ride…. it’s all there. Probably THE thing that amazes me most: how did Cadillac bring together such a perfect combination of brute force, speed, and handling of a Z06 Corvette with all of the feel, comforts and refinement of a luxury vehicle. To whoever invented the magnetic shocks…we should all kneel and bow. 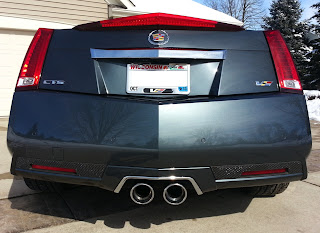 I’m constantly asked what it’s like to drive the Cadillac CTS-V Coupe. “Is that thing as much fun to drive as I’ve read?” “That’s one of the most beautiful cars I’ve ever seen.” Those are the routine questions and comments I get. Aside from the actual experience of driving the car, there’s also the interaction you get from fellow drivers and pedestrians. Often times you see a car quickly approach from behind, sit there for awhile, come up along side, then give the thumbs up. School bus full of kids with their faces at the window, smiling, and pointing at the car and once again, thumbs up. It’s appeal not only crosses all age groups, it even wins over import owners. One of my friends owns a Porsche 911 and up until now has had no interest owning an American car. When he saw the CTS-V Coupe he shook his head and said “There’s not one thing I don’t like about this car. It’s beautiful. I want one.”

I’m a humble guy and didn’t buy the car to impress. I bought it because I was enamored by it’s beauty when I first saw it as a “concept” car in the winter of 2009. I have to tell ya’, I had no idea that owning one would be this much fun. Life is short. Do it! 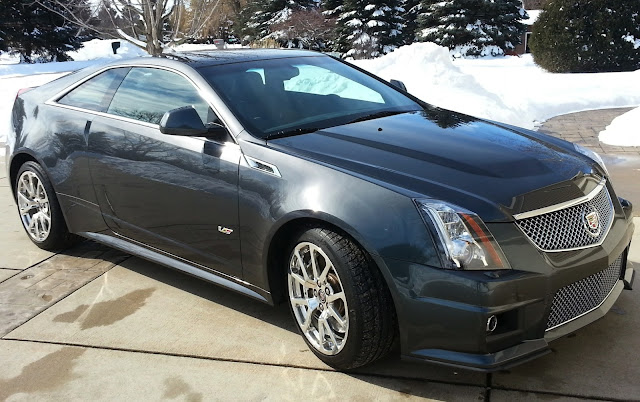 Innotech Aspiron: Trackday Car with the Heart of