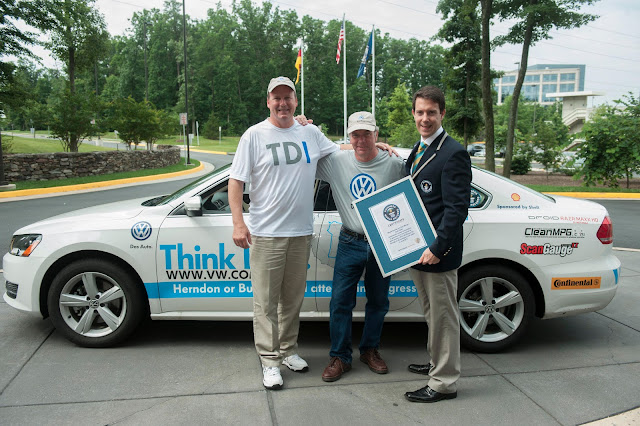 A Volkswagen Passat TDI powered by a 2.0 liter, 140 horse, 236 pound-feet turbo-diesel just set the Guinness World Record for “lowest fuel consumption – 48 US states for a non-hybrid car.”  (That’s quite a mouthful.)  Drivers Wayne Gerdes and Bob Winger manage to wring 77.99 miles per gallon out of that little diesel over 8,122 miles and 16 days.  That’s a lot of miles. 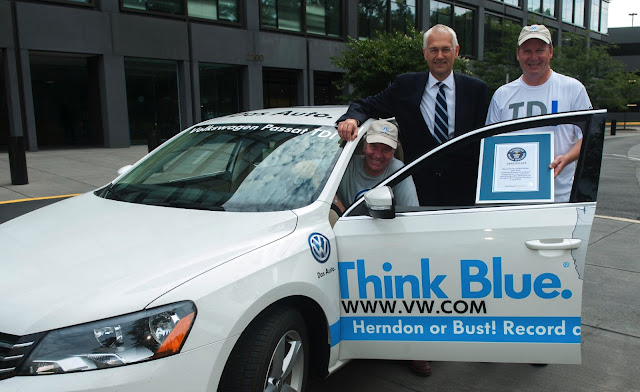 The VW Passat TDI and its fuel-stingy drivers thrashed the previous record of 67.9 mpg as well as the hybrid record of 64.5 mpg.  I guess the Passat TDI’s EPA official highway fuel economy estimate of 43 mpg is just a bit low. 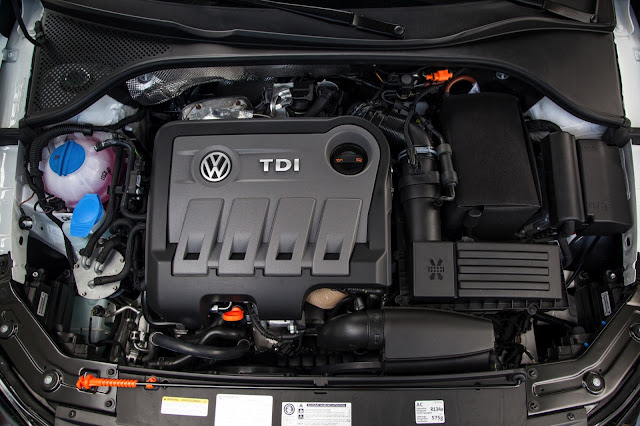 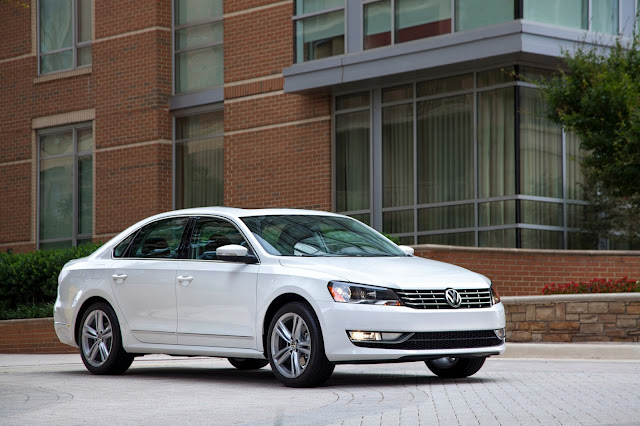 Wolfsburg / Herndon, June 24 2013. A classic among record drives for fuel economy is conquering all US-States without Alaska and Hawaii in one piece. A Volkswagen Passat TDI, produced at the Volkswagen Chattanooga (Tennessee) plant, now has covered the distance of 8,122 miles or 13,071 kilometers with record low fuel consumption and within 16 days. The record drive was witnessed by officials of the Guinness World Record Organization.

The driver team, blogger Wayne Gerdes and engineer Bob Winger, achieved a fuel consumption of only 3.02 liter on 100 Kilometers, which means a range of 78 miles per gallon. “We felt we had a good chance of beating the existing record with a series production Passat TDI,” Gerdes said, “but to smash it by averaging 77.99 mpg is really impressive and a testament to the potential of Volkswagen’s TDI vehicles. It shows how much the fuel consumption depends on the driver.” The previous world record was set at 67,9 miles per gallon.