Home » Cars » Spyker B6 Venator Spyder: Possibly the Most Beautiful Convertible Ever

Spyker B6 Venator Spyder: Possibly the Most Beautiful Convertible Ever 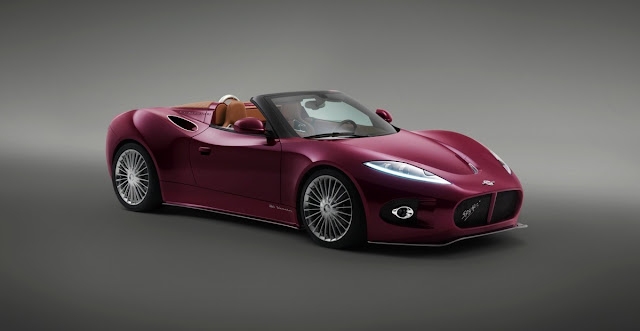 First thing’s first… Yes, the new Spyker B6 Venator Spyder is purple.  Actually, it’s more of a fusia, really.  I’m not really sure why.  It just is.  But, luckily for Spyker, the B6 Venator Spyder, like the hardtop B6 Venator from a few months ago, it is one-hundred-percent, absolutely, positively, without a doubt one of the most stunning cars ever to put rubber to road.  Just look at it. 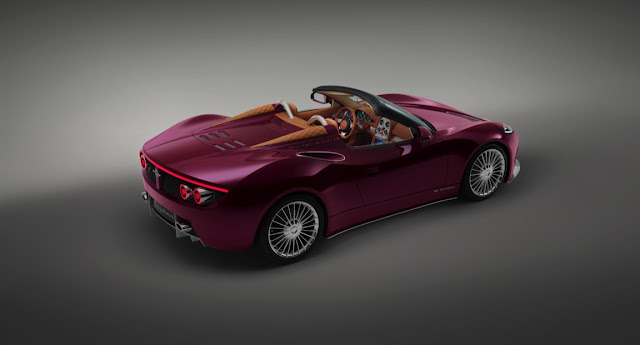 Also like the Venator Coupe, the B6 Venator Spyder is essentially a “production-ready” prototype set to go into production sometime in 2014.  Most of the looks and interior are carry-overs from the hardtop, not that that’s a bad thing.  The interior is crafted with a precision that carries back to Spyker’s aircraft days of yore and just looks expensive. 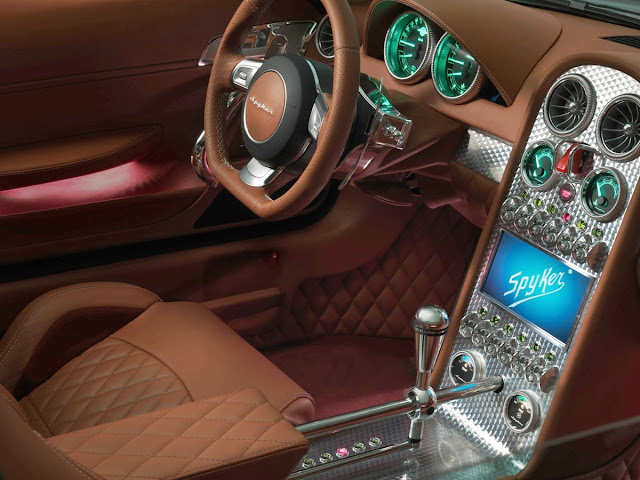 In case you don’t read Latin, the phrase Nulla tenaci invia est via that is emblazoned on the faring behind the seats means For the tenacious no road is impassable, Spykers motto.  Let’s just hope that includes bringing the brand back from the brink of extinction. 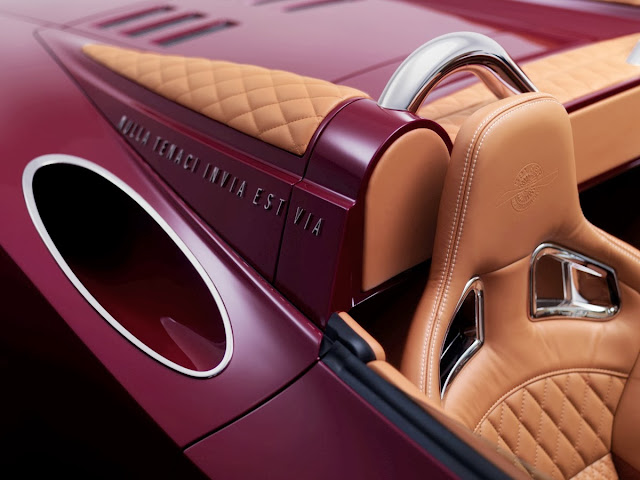 Powered by a 375 horsepower V6, the Spyker B6 Venator Spyder will run around $150,000 and hit US showrooms sometime in November 2014, shortly after the Spyker B6 Venator Coupe.  Be sure to adequately drool over the photos in the gallery and check out the tech specs and press release below.
Technical Specifications

Just five months after unveiling the B6 Venator Coupe Concept to rave reviews at the 83rd International Geneva Motor Show, Spyker – creator of meticulously hand built automobiles whose beauty is equaled only by their unrivaled craftsmanship – made waves on the other side of the Atlantic. Today the brand introduced the SPYKER B6 VENATOR SPYDER Concept, a unique alternative in the High Luxury Sports sector, via a press conference at The Quail Motorsports Gathering in Pebble Beach, California. The SPYKER B6 VENATOR SPYDER Concept is the eagerly awaited convertible execution of Spyker’s compact, 2-door mid-engine sports car that will offer the discerning driver of the highest standards a new choice, delivering a rare combination of heritage, design, performance and exclusivity.

Chief Executive Officer Victor R. Muller chose The Quail as the site for the SPYKER B6 VENATOR SPYDER Concept’s worldwide premiere because, “It is the car’s natural habitat. Car enthusiasts from around the globe descend upon exquisitely beautiful Pebble Beach for the Concours d’Elegance weekend, and The Quail Motorsports Gathering is the most exclusive event of all.” Designed by Muller, the SPYKER B6 VENATOR SPYDER Concept incorporates vintage cues of the brand’s aviation past, highly detailed design and bespoke materials into a defiantly contemporary statement that could only come from Spyker. The company’s Latin axiom “Nulla tenaci invia est via” – “For the tenacious no road is impassable” – is tastefully featured on the exterior. The name “Venator” is Latin for “Hunter,” a nod back to Spyker’s “Hunter” fighter aircraft of the early 20th century.
Exterior highlights include:

The SPYKER B6 VENATOR SPYDER Concept will begin production in late 2014 for key markets including Europe, the Middle East, Asia Pacific and India, followed by the US in early 2015. The introduction of the SPYKER B6 VENATOR Concept at Geneva earlier this year marked the beginning of a new era for the brand, one that will include a significant increase in production led by a management team that has never been stronger.

The SPYKER B6 VENATOR SPYDER Concept represents the next key step on that path, which is being spearheaded by Muller and his Chief Commercial Officer John Walton. Together, Muller and Walton are leading a passionate team that is supremely dedicated to creating unique and beautiful high-performance sports luxury cars.

According to Walton, “Reaction to the coupe version in Geneva was so overwhelmingly positive that we accelerated our initial plan to deliver the SPYKER B6 VENATOR SPYDER Concept. This is an exquisite drop-top that begs to be driven on the Pacific Coast Highway – yet will provide more exclusivity than any other sports car it will pass on the road.”