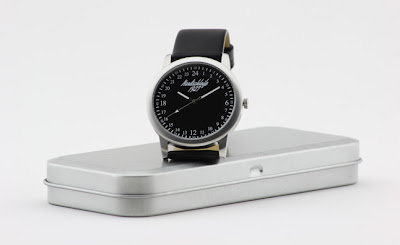 As evidenced by my fondness for the Girard-Perregaux Ferrari watches, I love it when the timepiece industry and the auto industry team up.  Cars and watches are a match made in heaven.  The two of them together are like steak and lobster, torque and horsepower, gin and vermouth.  So when a new car-watch duo comes to market, I am suitably excited.  This time is not different.  This pairing involves what is perhaps the most iconic racetrack on the planet, the Nürburgring Nordschleife circuit.  Yay.

For those readers who don’t know, the Nürburgring is a motosports complex near the village of Nürburg, Germany.  “The Ring,” as it’s called, features a Grand Prix racetrack that was built in 1984 and the 14 mile Nordschleife (or Northern Loop) circuit which was opened on June 18, 1927.  Racing great Jackie Stewart considered that loop one of the most demanding purpose-build racetracks on Earth and nicknamed the Nordschleife “The Green Hell”.

Today, the Nürburgring and its Nordschleife circuit are the testing & proving grounds for nearly every high performance car on the market.  It’s also home to the 24 Hours of Nürburgring motor race.  Not to mention, if you happen to be lucky enough to be near Nürburg with a car, you can drive the Nordschleife for just a few Euros.

So, back to the watch.  To commemorate the 85th anniversary of the world’s most iconic track, the Nordschleife 1927 24-Hour watch has been launched.  As homage to the 24-Hour race, this watch displays all 24 hours of the day on a single rotation of the hour hand, as opposed to the traditional 12-hour dial, which is kinda cool. 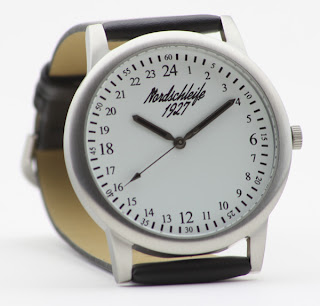 The watch features a Swiss quartz movement and comes in either 36 mm or 43 mm stainless steel cases with black leather straps.  Unlike the cars that are developed on the Nordschleife, these watches are rather affordable at $110 for the smaller and $140 for the larger.

I’ve always been a fan of “The Ring,” especially of the Nordschleife, and this watch is actually not a bad way to celebrate it’s birthday.  I just wish they offered a model with a mechanical movement and a chronograph.  I mean, how else are you going to gauge your lap times?

Zenith El Primero Lightweight: A Lighter Side of