I need more readers of TickTickVroom.  Probably a lot more.  May 18th is the start of the 2013 Gumball 3000 Rally in Copenhagen, Denmark.  And, Nissan is teaming up with L’Ecurie publishing and INTERSECTION Magazine to enter the brand-spanking-new 370Z NISMO in the week-long all-over-Europe drive from Copenhagen to Monaco.  Oh yeah, this is also the official debut of the 350 horse, performance tuned Nissan 370Z NISMO. 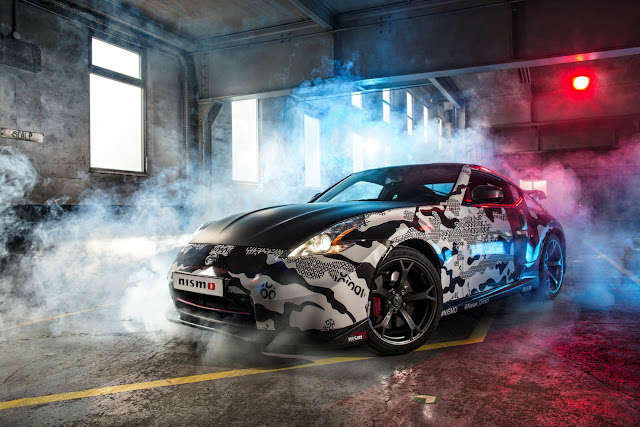 So, like I said… I need more readers because I want Nissan to give ME a 370Z NISMO to drive in the Gumball 3000.  I had the pleasure of being at the launch of the 2012 Gumball 3000 in New York last year.  It was quite a spectacle.  I vowed then and there that I would one day drive the Gumball. 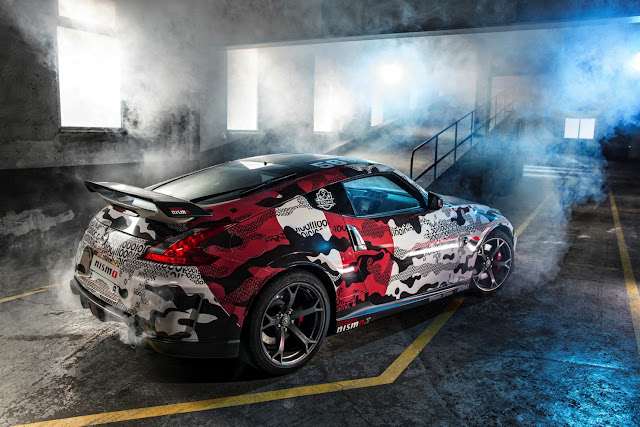 Unfortunately, it won’t be this year.  Besides, the number 56 Nissan 370Z Nismo is already being driven by INTERSECTION Magazine contributors Patrice Meignan and Jeremy “Jey” Taltaud.  By the way, “56” happens to be the garage number for the Nissan DeltaWing in the 2012 Le Mans.  So, if you’re like me and wish you were headed to Copenhagen, feel free to stare at the pics of the Nissan 370Z NISMO.  If you don’t wish you were headed for the Gumball, perhaps you’re on the wrong blog.  For more info on the Gumball 3000 Rally, visit here. 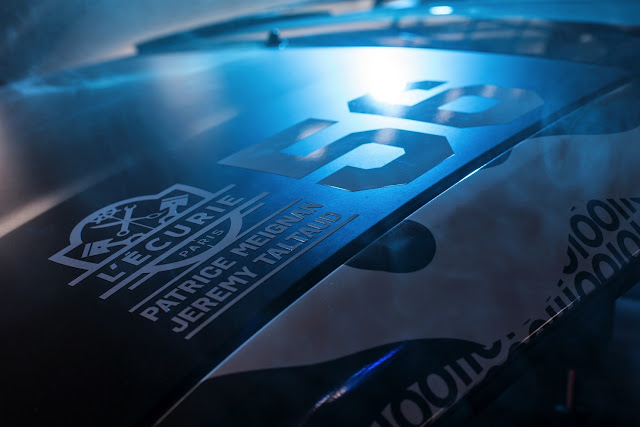 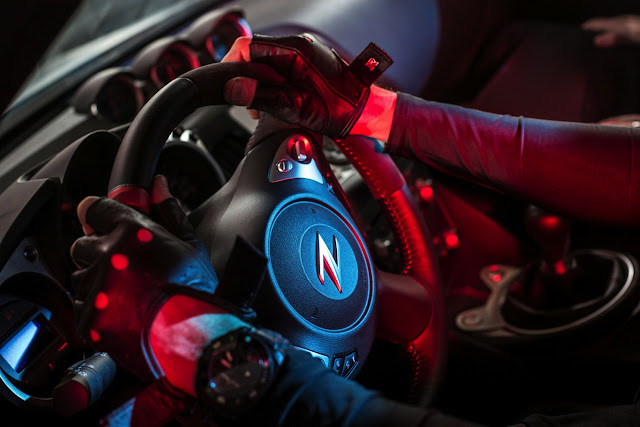 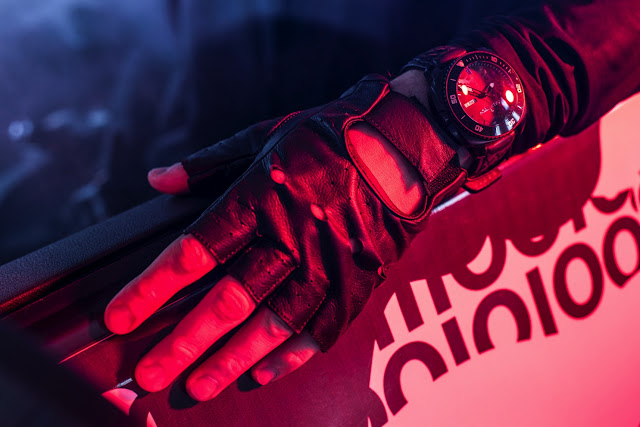 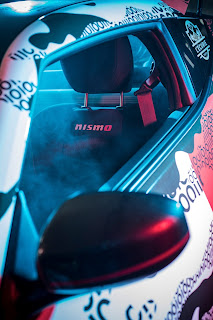 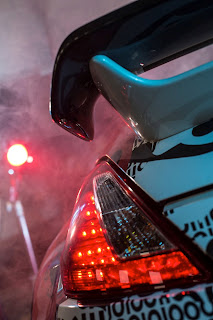 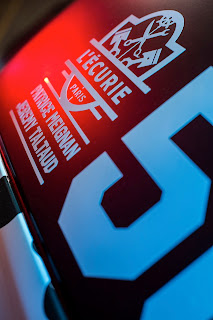 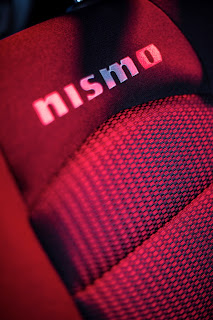 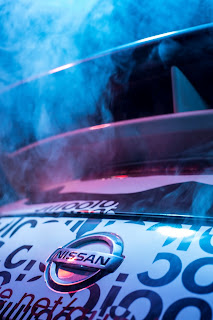 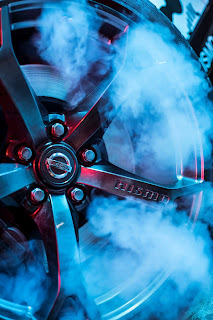 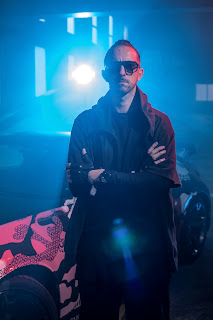 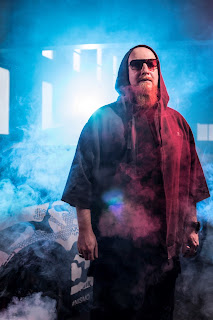 ROLLE, Switzerland – It’s the kind of road trip that performance car enthusiasts dream of — a week-long, 3,000-mile (5,000km) driving adventure through 13 countries in one of the most hotly-anticipated new cars of 2013.

Nissan is teaming up with French publishing house L’Ecurie and INTERSECTION Magazine to participate in the 2013 Gumball 3000 Rally – a non-competitive, pan-European parade of the world’s most exciting and desirable cars – starting in Copenhagen on May 18, 2013.

The entry will be giving the millions of spectators expected to line the route a first glimpse of the exciting new Nissan 370Z NISMO in action. Gumball has a great heritage, providing a great platform to bring NISMO’s digital age performance to the streets of Europe.

The team has been entered as car 56, a number that has great significance for Nissan, which occupied ‘Garage 56’ at the Le Mans 24hr race in 2012 with the Nissan DeltaWing. The company will be returning to Garage 56, the spot reserved for innovative experimental cars in 2014 with an all-new race car incorporating electric technology.

Previewed in Barcelona in January 2013, the Nissan 370Z NISMO made its debut at the Geneva Motor Show in March and is set to hit showrooms later this year. Powered by a modified 350-hp six-cylinder engine, the Nissan 370Z NISMO features a bespoke chassis tuned to deliver a sharper and even more engaging driving experience. Capable of accelerating from 0-100kp/h in just 5.2 seconds, the new Z follows in the tracks of the first NISMO model to arrive in Europe, the Juke NISMO.

Set to be driven by Gumball 3000 regulars Patrice Meignan and Jeremy ‘Jey’ Taltaud, the Nissan 370Z NISMO features a special camouflage livery designed specifically for the event. Both are contributors to INTERSECTION Magazine and will be reporting on the rally via all major social media channels. In addition, fans can follow the action on NISMO.tv where a daily video post containing highlights of the previous day’s action will be available.

The Gumball 3000 has become a major draw for performance car enthusiasts from all over the world since the first event was held in 1999. Named after the 1976 cult film starring Michael Sarrazin, the Gumball 3000 Rally has attracted a host of celebrity entrants over the years, including musician Jay Kay, Former F1 champion Damon Hill and fashion designer Donna Karan.

Gareth Dunsmore, Nissan in Europe General Manager explains: “Gumball is a great fit for the 370Z NISMO: it’s a road rally which allows thousands of fans to get up close to their dream cars. Making exciting cars accessible is at the heart of the Nissan brand, and with our innovative NISMO.tv platform on YouTube our customers will be able to keep up to date with its progress, so we can’t wait to take part in this historic parade.”

Kicking off in Copenhagen on May 18 the rally will run until May 25, concluding in Monaco at the Formula 1 Grand Prix De Monaco 2013.

About Nissan in Europe
Nissan has one of the most comprehensive European presences of any overseas manufacturer, employing more than 14,500 staff across locally based design, research & development, manufacturing, logistics and sales & marketing operations. Last year Nissan plants in the UK, Spain and Russia produced more than 695,000 vehicles including mini-MPVs, award-winning crossovers, SUVs and commercial vehicles. Nissan now offers 24 diverse and innovative products for sale in Europe today, and is positioned to become the number one Asian brand in Europe.

Nismo Watch Concept: A Nissan GT-R for Your

2014 Nissan GTR Prices and Specs for Track
prev next