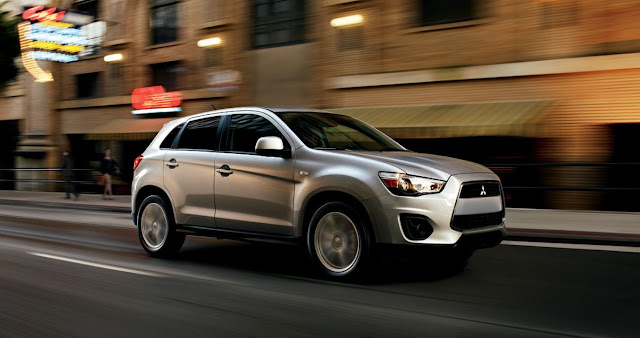 Last year, the Mitsubishi Outlander received a pretty comprehensive overhaul.  So, it stands to logic that for the 2014 model year Mitsu only made a few tweaks to the car.  Nine tweaks to be precise.  Here they are below…

For the full scoop on the 2014 Mitsubishi Outlander, check out the press release below.

The American-made Mitsubishi Outlander Sport has long been a popular choice among savvy car shoppers – the compact crossover is the best-selling vehicle in the Japanese auto manufacturer’s varied model lineup – for its smart styling, ample high-tech and luxurious standard equipment features, and all-around tremendous value for the money.

But now consumers have another important reason for choosing this handsome 5-passenger compact crossover as their next vehicle: The 2014 Mitsubishi Outlander Sport has been named by the Insurance Institute for Highway Safety (IIHS) as a “Top Safety Pick+” vehicle – one of only two small SUV models tested by the non-profit organization to earn this prestigious distinction.


Other welcome new additions to the 2014 Mitsubishi Outlander Sport include the availability of an LED Daytime Running Lights Package that includes special front corner extensions as well as a new Premium Package for the SE trim level. The latter Premium Package consists of a powerful 710-watt Rockford Fosgate® premium sound system with 9 speakers including 10-in. dual-voice coil subwoofer with Punch Control®, DTS® Neural Surround, PremiDIA-WIDE® surround, and Dolby® Volume; a power adjustable driver’s seat and an auto-dimming rearview mirror.

Helpful high-tech driving aids include an anti-lock braking system (ABS) with Electronic Brake-force Distribution (EBD) and Brake Assist; Active Stability Control (ASC) with Hill Start Assist (HSA); Traction Control Logic (TCL); Tire Pressure Monitoring System (TPMS); and a brake override system that will slow the vehicle to a complete stop should both the accelerator and brake pedal be engaged at the same time.

The 2014 Outlander Sport also makes use of Mitsubishi Motors’ patented Reinforced Impact Safety Evolution (RISE) safety cell design technology. The RISE body construction assists with energy dissipation to help protect the passenger compartment in the event the car is hit from the side or the rear. RISE also helps to protect the vehicle’s occupants by reducing body distortion as well as shielding the fuel system in the event of a rear end collision.

In addition to passenger protection, the 2014 Outlander Sport is designed to help reduce potential injuries to pedestrians in the event of a collision as well, thanks to an energy-absorbing front bumper and specially-designed flexible plastic front fenders.

Mitsubishi Motors has a long-standing reputation for developing exceptionally capable all-wheel drive systems, so consumers seeking an additional level of traction and off-road performance can opt for the company’s available driver-activated electronically-controlled All-Wheel Control (AWC) 4WD system on either the upmarket 2014 Outlander Sport SE model or the well-equipped/lower-priced ES version.

Introducing the 2014 Mazda3 [UPDATE with Pricing and
prev next