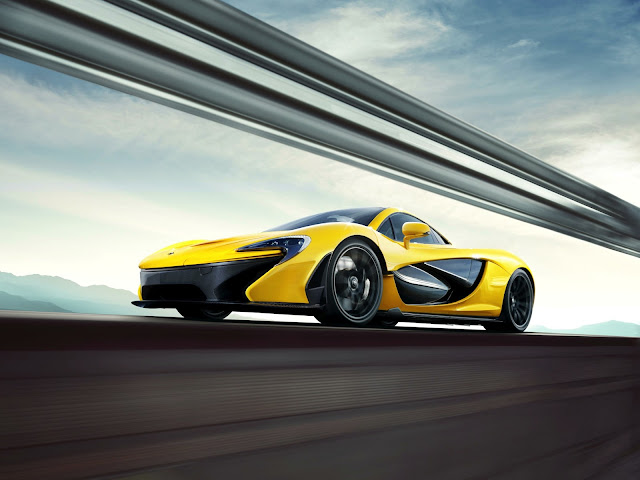 Twenty years, nine months and eight days ago, McLaren changed the automotive world with the record shattering, paradigm shifting, technology advancing, wall poster-ing McLaren F1, forever earning the name McLaren a place within the ranks of car primacy.  With that kind of pedigree, each subsequent car debuted by the Surrey, UK-based supercar maker has had quite a weight to bear. 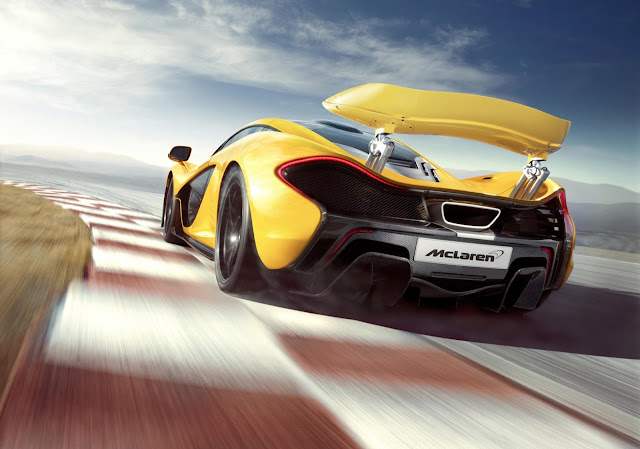 As their first “main stream” road car, the McLaren MP4-12C shook the foundations of its rivals: Ferrari, Porsche, Aston Martin and Lamborghini with world-class performance, remarkable technological precision and breathtaking good looks.  Now, finally, after years of weighting, months of rumors, teasing and hints, the heralded progeny of the F1 has arrived to the Geneva Motor Show…the McLaren P1.  And, trust me, it was well worth the wait. 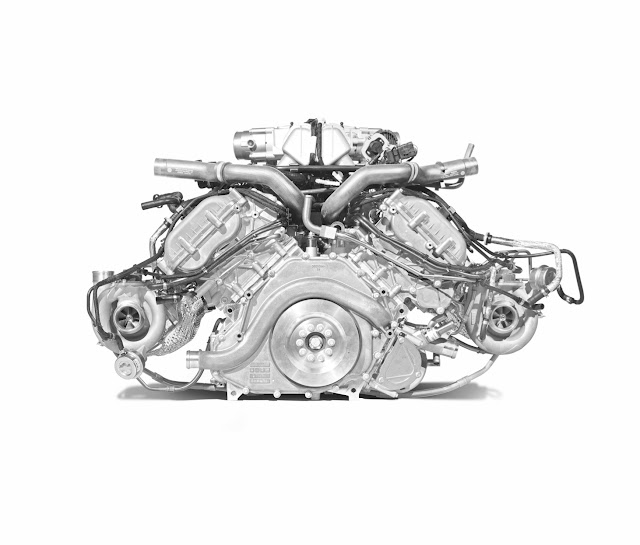 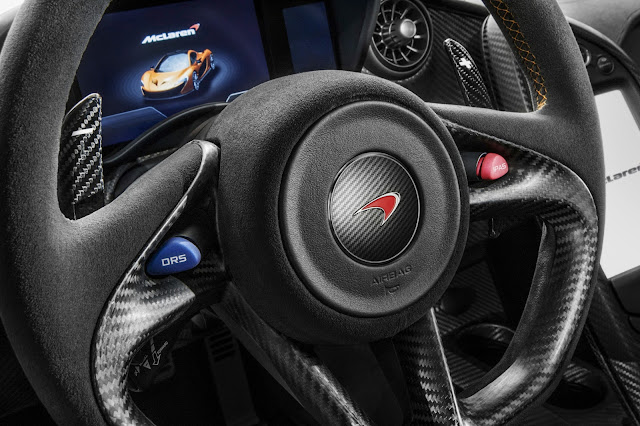 New IPAS (Instant Power Assist System) and DRS (Drag Reduction System) technologies are incorporated to offer an instant boost of power and straight-line speed.  But, for some reason, top speed is electronically limited to 217 mph (350 kph).  So much for earning back dear old dad’s top speed crown.  Amazingly enough, because of the hybrid drive, the P1 can be driven at 30 mph for up to twelve miles in all-electric mode.  Huh, a hyper-car that can do the grocery run with zero emissions.  Cool. 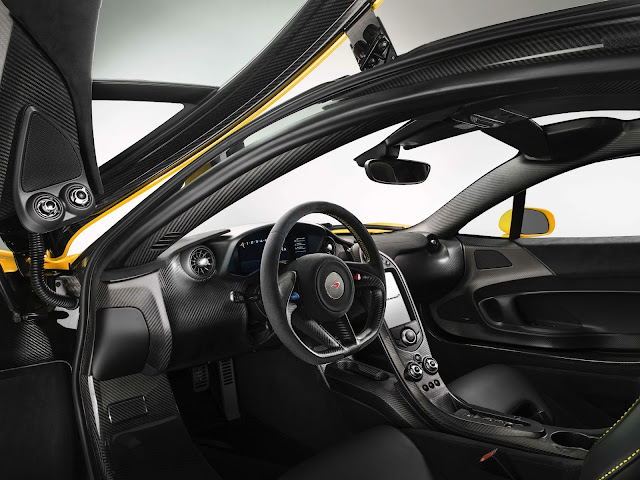 Did I mention the $1.15 million P1 is gorgeous.  Because, it is.  Truly.  The carbon fiber and lightweight body is wind tunnel sculpted and an excellent example of form beautifully following function.  Inside, the use of the lightest of materials possible continues with a carbon fiber cabin built for two.  But, unlike many hyper-cars, the McLaren P1 has full climate control, satellite navigation and a bespoke sound system, developed with Meridian.  Smashing. 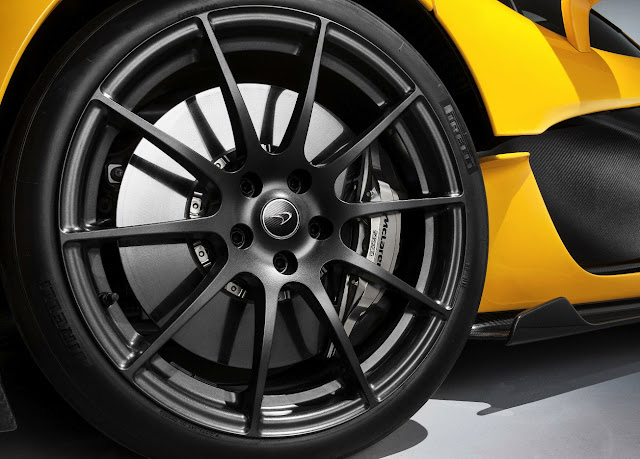 The McLaren P1 has some mighty big (and fast) shoes to fill, and it certainly seems more than up to the task.  For more details, please see the full press release below.

McLaren Automotive has released the final numbers, images and information relating to its phenomenal McLaren P1™ ahead of a global reveal in just a few days at the 83rd International Geneva Motor Show. The race-inspired Instant Power Assist System (IPAS) gives the McLaren P1™ astonishing performance.  Zero to 100km/h will take less than 3 seconds, zero to 200 km/h under 7 seconds, and zero to 300 km/h will be achieved in no more than 17 seconds.  Putting that into perspective, that’s 5 seconds faster than the legendary McLaren F1 road car.  Top speed is electronically limited to 350 km/h. McLaren has been engaging with potential customers actively in the last few months to get their views on the McLaren P1™, about the car’s styling.  Their unanimous verdict on the styling was not to change the car presented last September in Paris.  So unusually, the McLaren P1™ has translated to production form with very little change.  In fact just one, the addition of LTR ducts ahead of each of the front wheels to further aid cooling and optimise downforce. McLaren has closely monitored demand so as to maintain exclusivity, and announced a production number of just 375 units – a figure that will ensure the McLaren P1™ will remain a rarity and, if spotted on the road, an unforgettable sight. McLaren has also announced that the car will cost from £866,000 on the road with a specification that fully equips the car for both road and track use.  The company prides itself on designing performance cars that their owners can use regularly so the McLaren P1™ comes comprehensively equipped as standard with an array of colour and trim alternatives from which the customer will be able to choose as well as visible carbon fibre in the cabin.  The options list is limited to only bespoke content that a customer might wish to add through McLaren Special Operations, and fitted luggage. As already announced, the McLaren P1™ will have the combined force of two highly-efficient powerplants, offering the optimum mix of superb throttle response, day-to-day drivability and top speed. A mid-mounted 3.8-litre twin-turbo V8 petrol engine is substantially enhanced featuring, for example, larger turbochargers and a highly effective electric motor, to give a combined output of 916PS (903 bhp) and a maximum torque figure of 900Nm. This ensures instantaneous throttle response through the rev range, more akin to a naturally aspirated engine. Emissions of less than 200g/km on the combined cycle are reduced to zero in full electric drive mode, while the Formula 1-derived DRS and IPAS technologies offer an increase in straight-line speed and an instant boost of power. The tyres fitted to the McLaren P1™ are specially developed P Zero Corsas, which have been developed with McLaren’s technology partner, Pirelli. The team at Pirelli has been involved throughout the entire development programme, and this has seen the tyre testing phase integrated into the schedule, as a key performance component. The final compound and construction has been developed and optimised during testing, and the end result is a tyre that is finely tuned specifically to the performance and handling characteristics. To rein in the power produced by the twin powerplants, the McLaren P1™ is designed to offer braking performance more associated with a GT3 or sports racing car. Developed by McLaren’s Formula 1 partner Akebono, the system features a new type of carbon ceramic disc, which has previously seen service in space, but never before used on a road car. Stronger than conventional carbon ceramic, the material dissipates heat more effectively, giving the highly efficient braking system exceptional stopping and cooling capability. The system also boasts significantly reduced weight, and a bespoke ceramic layer coats both friction surfaces to give an attractive mirrored finish. One surprising feature is that the car can also be driven solely in electric mode.  In city driving, with an average speed of 30 mph, this could mean up to a 20km range.  More than enough for an owner to enter, for example, a city centre Zero Emissions Zone, have dinner and return home. 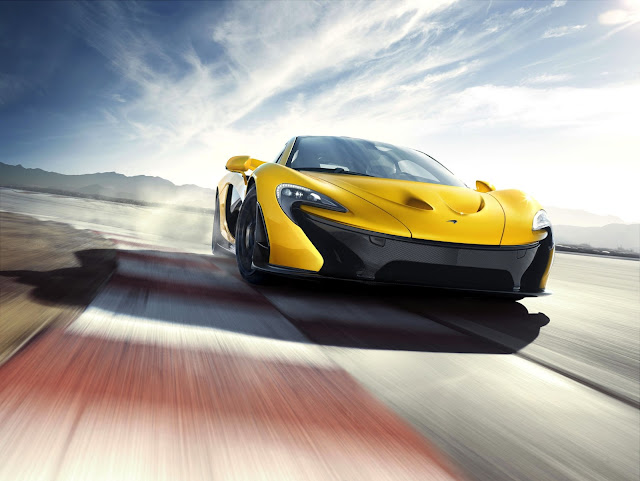 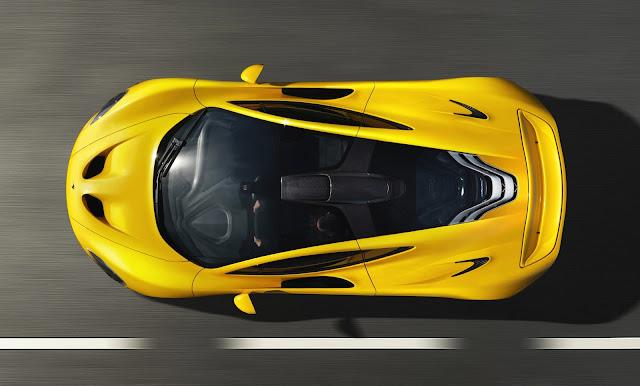 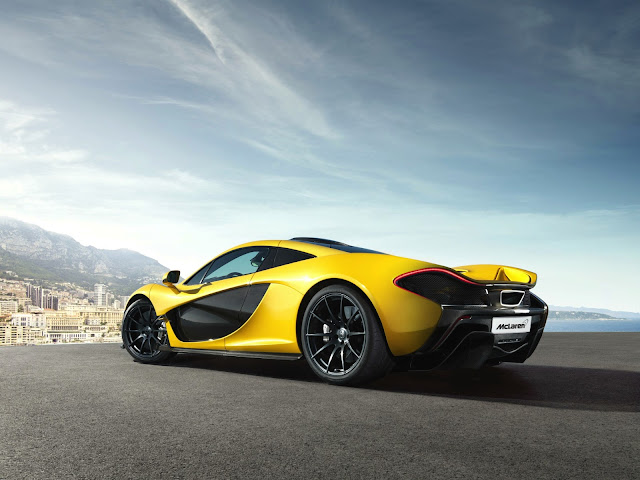 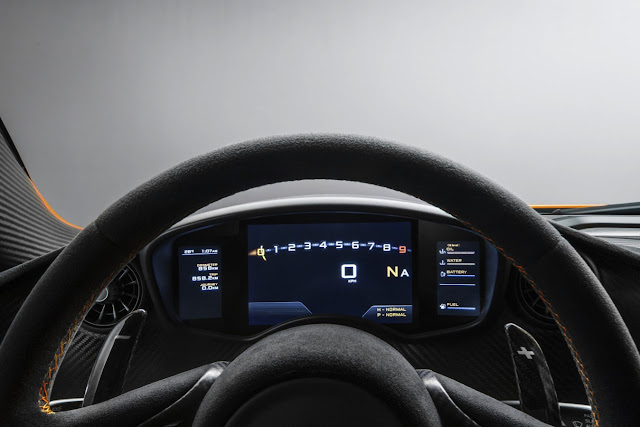 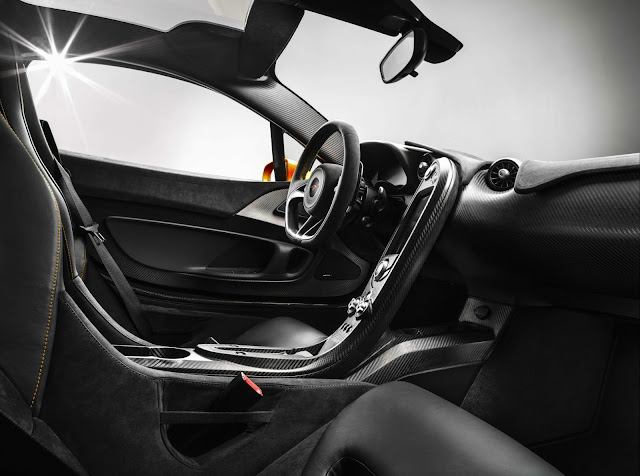 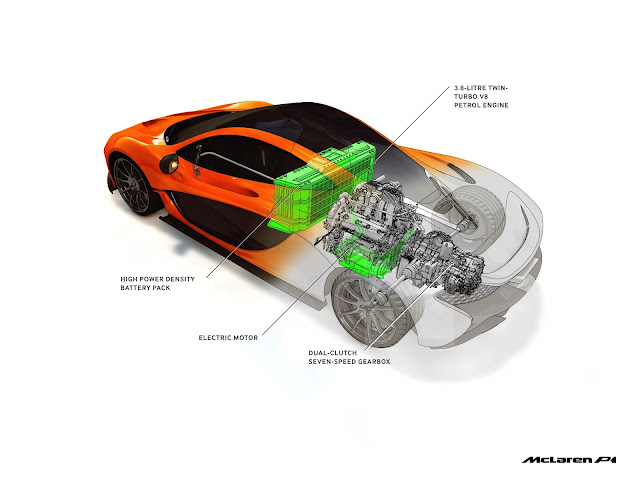