My last two posts have been on the 2014 Mercedes-Benz S63 AMG 4MATIC and the MINI Getaway Cars, cars that share a common theme… I will probably never have them.  To continue that theme and to twist the knife a bit deeper into my gut, I present to you three more cars into whose drivers’ seats my rump will never settle: the track-star McLaren 12C GT Sprint, the enigmatic and blazingly fast Sin R1 supercar and the sucks-for-you-SP:01 Bluebird DC50 electric sportscar. 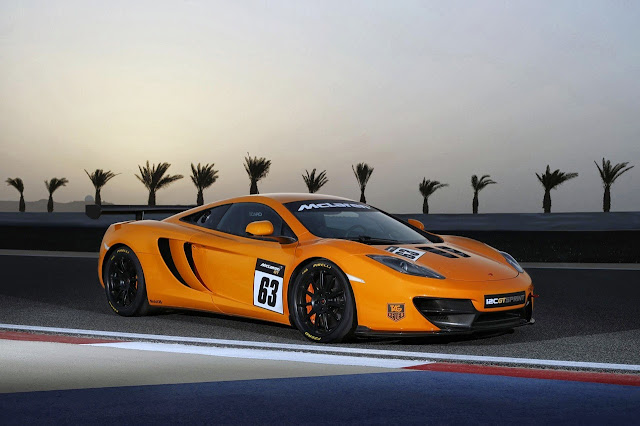 McLaren 12C GT Sprint
First, the McLaren 12C GT Sprint.  If you’re saying to yourself, “Self, I thought there already were McLaren MP4-12C-based track cars.”  You’d be right (and, I bet you didn’t get that little Alice’s Restaurant Arlo Guthrie reference).  McLaren has the no-frills, all-speed, kick-ass 12C GT3 and 12C GT Can-Am Edition racers.  But, according to McLaren, there’s room for one more.  Think of the McLaren 12C GT Sprint as a kinder, gentler kidney-jarring, neck-snapping track machine. 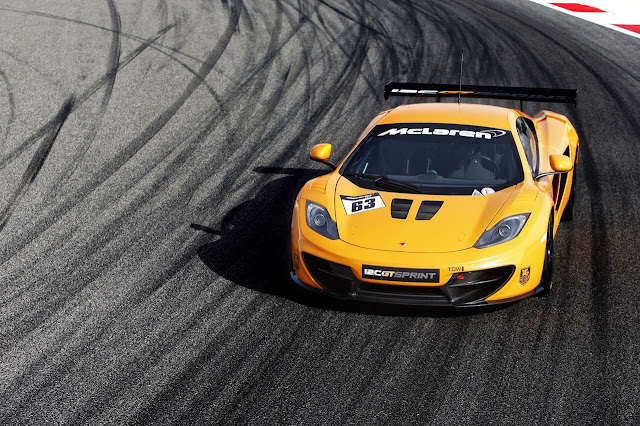 Sitting just 40 millimeters lower than the road-going MP4-12C, the 12C GT Sprint wears Pirelli racing slicks and has a more aggressive aerodynamics kit.  Track-ready from day one, the 12C GT Sprint has an ample 616 horses on tap from the turbocharged 3.8 liter V8 which is kept in line and away from the barricades by McLaren’s Brake Steer, Airbrake and ProActive Chassis Control.  If the turns do get the best of you, an integrated roll cage and fire extinguisher system join the racer-style on-board air-jack and 19 inch center-locking OZ wheels. 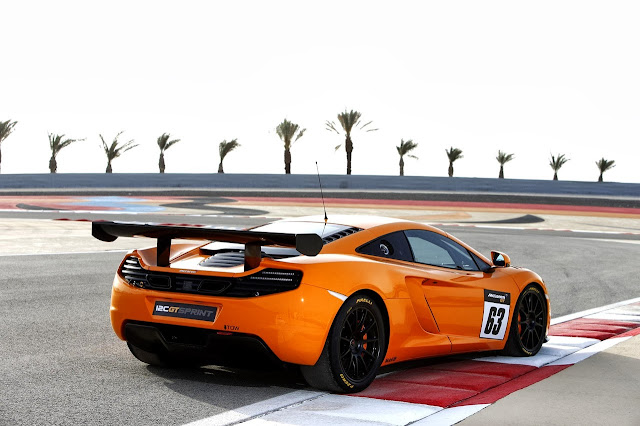 Sin R1
Next up on the cavalcade of cars whose super-wide tires will never grace my garage floor is the Sin R1.  First popping up earlier this month a the Goodwood Festival of Speed, the Sin R1 is a German-made, 6.2-liter-525-horse-LS3-V8-from-a-Corvette-powered, seriously light (only 2,645 pounds) and statuesque supercar. 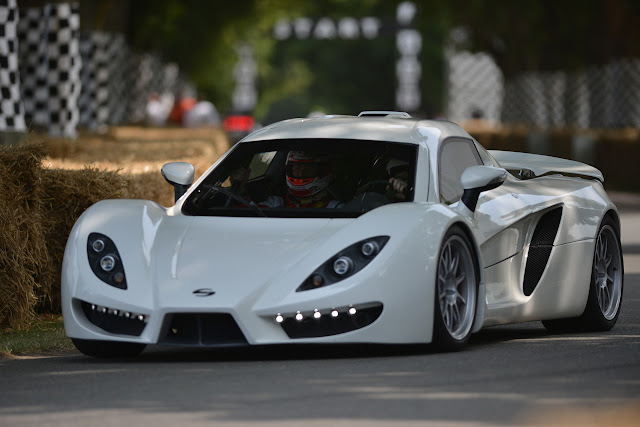 Based in Munich, Sin is known for building racecars.  The R1 is their first road car, and they haven’t really given up any details about it apart from some truly extraordinary performance figures.  Top speed is claimed to surpass 200 miles per hour, and the sprint from 0-60 is truly a sprint at 2.5 seconds.  Wow… just wow.  Down-force from the aerodynamics set-up is 550 pounds, and the weight distribution is 40/60.  The Sin R1 should be nothing short of astonishing to drive. 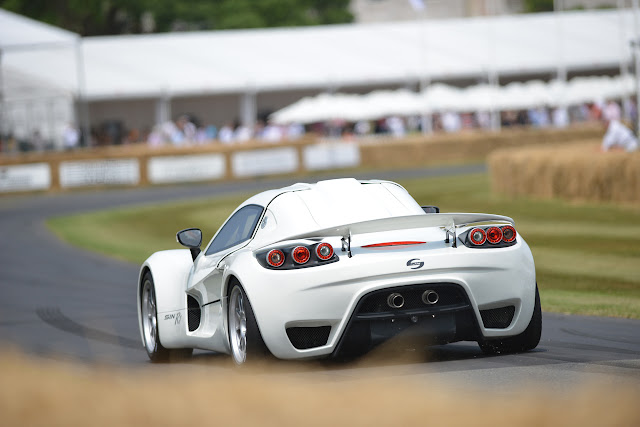 I will be following the news on this car with baited breath.  Until then, check out this video of the Sin R1 slowly and hypnotically spinning on a plinth.  The second video is just plain awesome… Supercar donuts at Goodwood.  Jump to the 2:47 mark to see the Sin R1 in action.  Oh, and turn your speakers up.

Bluebird DC50
Finally, the Bluebird DC50, an EV sportscar concept from Bluebird, a name whose cars and boats (with Sir Malcolm Campbell serving as pilot) set land speed records in the 1920s and 1930s.  This car is sort of coming out of the blue.  Bluebird only plans to produce 50 DC50 electric sports cars.  Each car will be painted Bluebird Blue, have electric scissor doors (finally, electric scissor doors) and a 360 horse electric motor capable of cruising for 200 miles.  No more details or info really on the Bluebird DC50, which kinda’ makes me want one even more.  It’s the unknown that’s intriguing…

So, there you go.  Three fast, rare cars that I want, but will probably never have.  Oh well.  There’s always Powerball… unless anyone wants to spot me a few million…