Lamborghini Celebrate Their 50th Anniversary with a Grande Giro in Italy 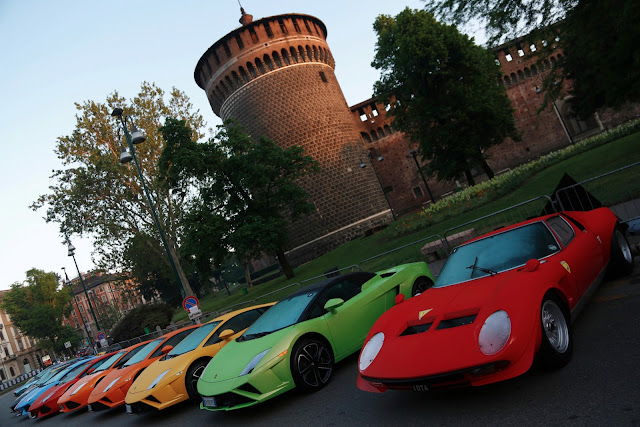 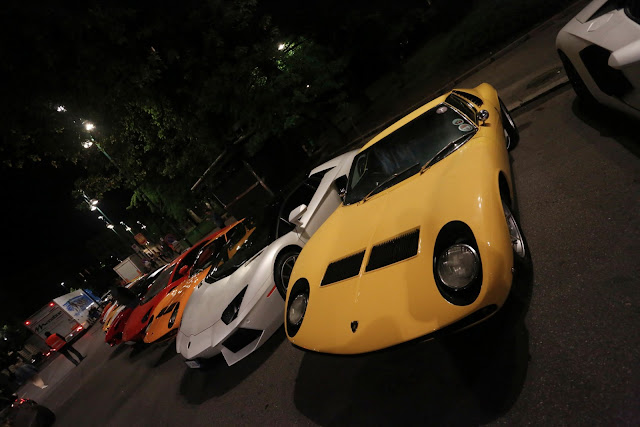 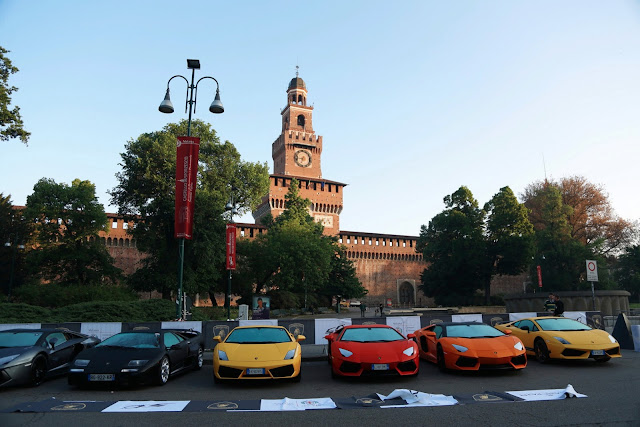 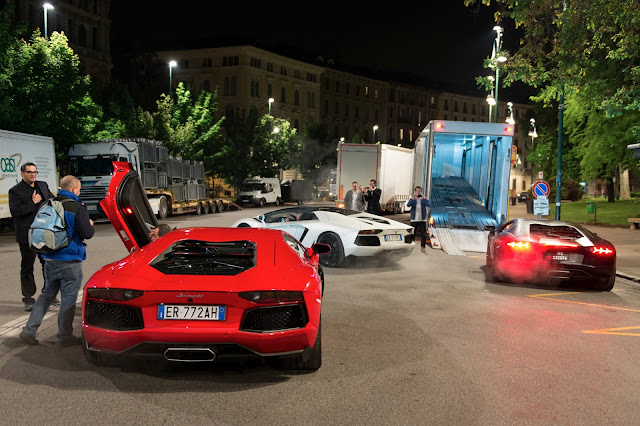 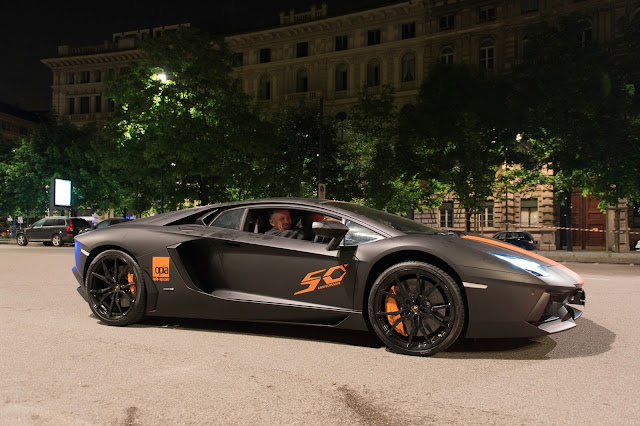 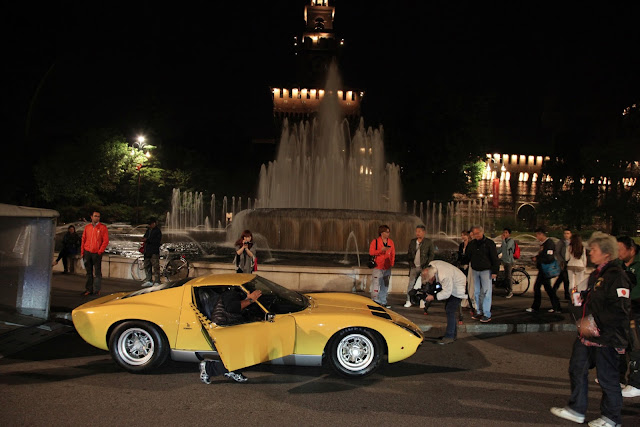 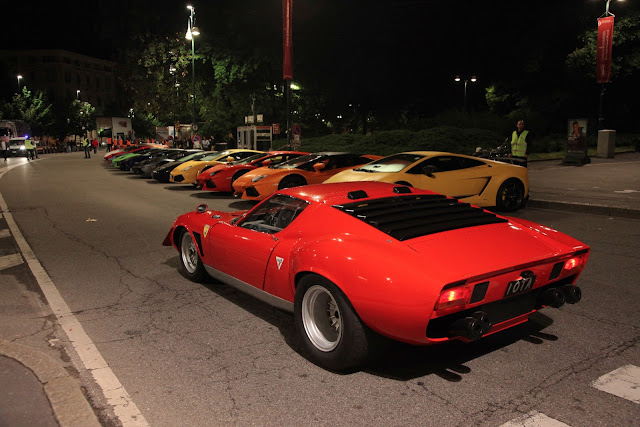 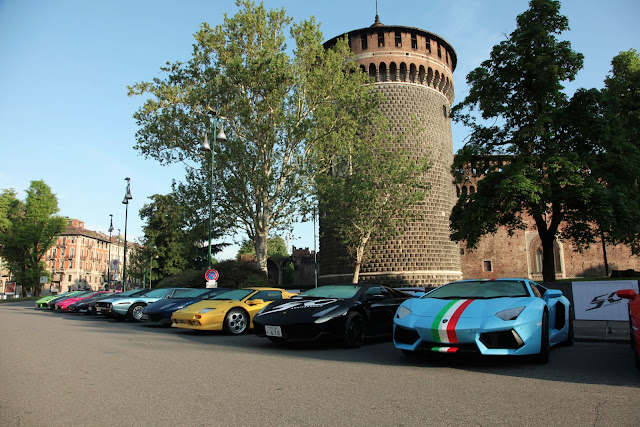 Milan/Sant’Agata Bolognese, 7th May 2013 – Setting off from Piazza Castello in Milan starting at 10 a.m. tomorrow, 8th May, the Lamborghini 50th Anniversary Grand Tour is the largest gathering ever of cars from the “House of the Raging Bull”, organized to celebrate the company’s 50th anniversary: a convoy of some 4 km long and 190,000 hp on the road.

The 350 cars (320 registered participants and approximately 30 courtesy cars for the press and guests) are now arriving in the parc fermè at Piazza Castello in front of the Sforzesco Castle, with their respective pilots and co-pilots totalling 700 people. Since last night, fans and enthusiasts have witnessed the unloading of the cars arriving from overseas and, as of this morning, the registration and entrance to the parc fermè of those driving to the first meeting point.

The press conference to announce the start of the Grand Tour was held this morning at the Pirelli Foundation, to highlight the partnership between the two companies since 1963, the year Lamborghini was founded.

A photograph of the 350 participating Lamborghinis shows 29 different countries of origin of the participants, who have travelled to Italy to celebrate the 50th anniversary of the company based in Emilia Romagna.

The most substantial representation of participants in the Lamborghini Grand Tour is from the United Kingdom with 71 cars followed by Italy, Germany and Switzerland with over 30 participants each. In addition, there are 21 cars with plates from the USA and 17 from China. The other countries represented are: Australia, Austria, Belgium, Canada, France, Hong Kong, Indonesia, Ireland, Japan, Kuwait, Lebanon, Liechtenstein, Luxembourg, New Zealand, Norway, Portugal, Principato di Monaco, Singapore, South Korea, Taiwan, The Netherlands, Tunisia, Ukraine.

The youngest driver was born in 1991 and hails from Kuwait, while the oldest is 75 and is a French national.

Historic Lamborghini cars on tour include three 350 GTs, five 400 GTs, seventeen Miuras, eight Espadas, two Jaramas, six Urracos, 15 Countachs, one LM 002, 21 Diablos and 36 Murcielagos. The record for number of cars participating goes to the Gallardo, the most successful Lamborghini model of all time, with 123 cars registered amongst the participants.

“For 50 years, Lamborghini has been the object of dreams and the symbol of Made in Italy. Our supersports cars are always on the edge of the most advanced technological innovation and for this reason the claim that we have set for our anniversary is ‘100 years of innovation in half the time’. Since our founder Ferruccio Lamborghini first founded the company, a characteristic inherent in our DNA is to address the challenge and not overcome it, but to push boundaries to achieve something even more extraordinary,” said Stephan Winkelmann, President and CEO of Automobili Lamborghini. “The 50th Anniversary Grand Tour, with more than 700 participants representing 29 countries, is evidence of the global dimension our brand enjoys today, and the strength of the Lamborghini myth that continues to grow.”

The first destination of the Lamborghini Grand Tour will be Bobbio, the soul of the Trebbia Valley, then the first day will be concluded in Forte dei Marmi, one of the most exclusive seaside resorts on the Tyrrhenian coast.

After Forte dei Marmi, the convoy will arrive on May 9 in Rome, passing through the base of the 4° Stormo of Air Force at Grosseto. The morning of May 10 it will restart again in the direction of Bologna, crossing the towns of Orvieto, Arezzo and San Giustino Valdarno, where all participants will stop for lunch at the Tenuta il Bobbio.

On the 10th evening, the cars will arrive in the center of Bologna, where the city will offer a welcome in the prestigious setting of Palazzo Re Enzo. The next morning in Piazza Maggiore the ‘Concorso di Eleganza Lamborghini 50° Anniversario’ will be held, which is open to all the historic cars participating in the tour, from the first 350 GT up to the latest Countach model.

On the 11th, the Tour will end in Sant’Agata Bolognese, headquarters of the House of the Raging Bull, where a gala dinner celebrating the Lamborghini 50th Anniversary will be held.