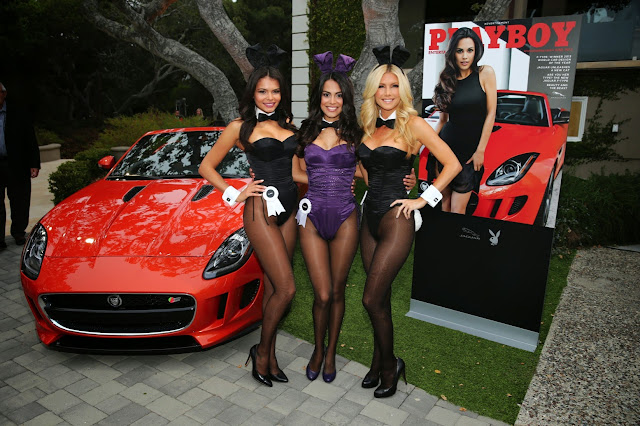 Yeah.  I had to read it twice too.  The most British of British brands, Jaguar hosting a party and VIP drive with Playboy Magazine.  The jokes almost write themselves.  So… many… puns… But, this is a family blog, so I will behave myself.  Apparently, however, Jaguar and Playboy have more in common than an affinity for leopard print.

I know I’m a bit late in writing about this particular event.  I was on vacation and not allowed anywhere near my email or internet when it happened.  Better late than never, I guess.  On the eve of the Pebble Beach Concours d’Elegance where Jaguar would be proudly displaying their Project 7 Concepet Car on the Concept Lawn, they decided to throw a party to show off the prides of their line, the XKR-S GT, XJR and 2014 F-Type. 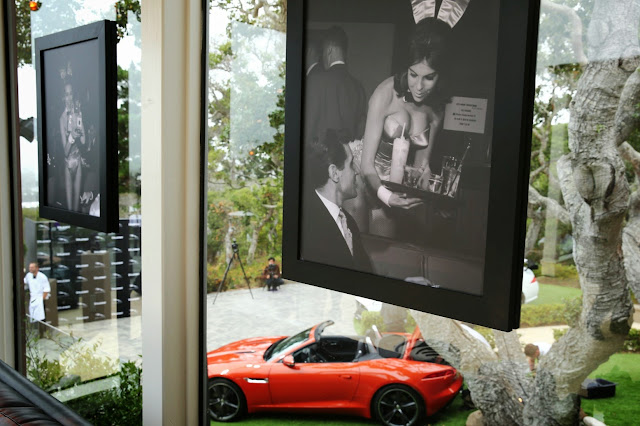 What better place than a private estate in Pebble Beach to hold a ritzy VIP-filled car garden party?  But, to really put the party over the top, the Leaping Cat folks would need some models to accent the beauty of the cars.  Bunnies seemed the perfect compliment and Playboy Magazine the perfect partner.  So, beautiful, high performance Jaguars surrounded by beautiful Playboy models.  Add some champagne and what else does one need?

How about a star-studded guest list consisting of actress, model and woman with the perfect name, Gal Gadot (she’s the one in the blue dress), DJ and violinist team Mia Moretti and Caitlin Moe (who also happened to be the evening’s musical entertainment), Jaguar Land Rover North America president Andy Goss and Jaguar’s Head of Advanced Design Julian Thompson.  Oh yeah, Cooper Hefner and 2013 Playmate of the Year Raquel Pomplun were there, too. 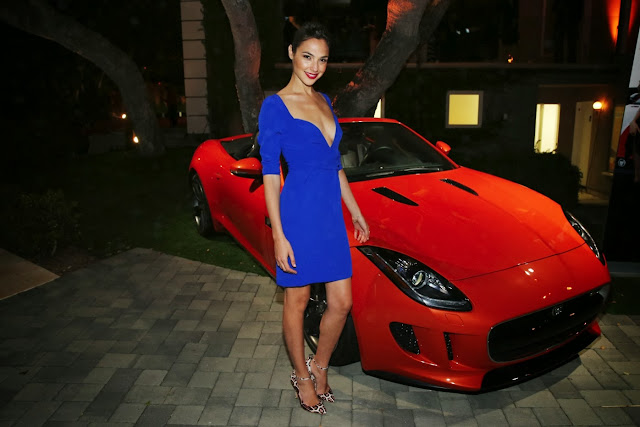 Kudos for Jaguar for outdoing every other automotive brand at Pebble Beach this year in their kick-off festivities.  Make sure you check out the full gallery of photos… That Jaguar F-Type is gorgeous.  What?  What did you think I was going to say? 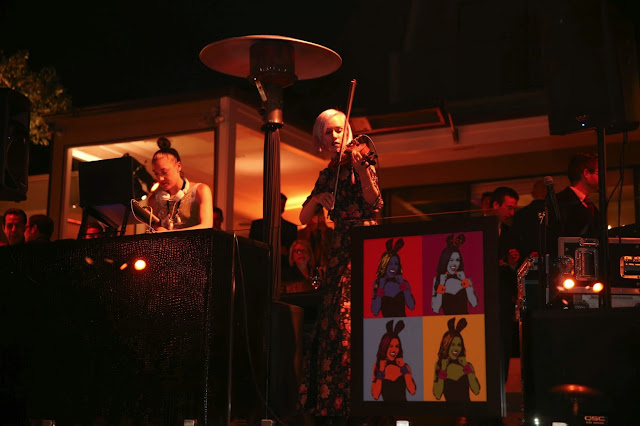 “The Pebble Beach Automotive Weekend is an optimal time to showcase our line-up of new and reinvigorated performance models, including the Jaguar F-TYPE, and Playboy, which exudes desire, is a perfect partner for us to celebrate with again this year,” said Andy Goss. “The evening provided a perfect setting for both automotive aficionados and friends of Playboy as our guests enjoyed a night of sophisticated company and beautiful cars.”
Earlier on Friday, Gadot got behind the wheel of Jaguar’s all-new F-TYPE, where she participated in a caravan of red, white and blue F-TYPE vehicles driving through the streets of Monterey, Calif.
Another highlight for the brand from Pebble Beach was television host, famed car enthusiast and Jaguar owner, Jay Leno, who drove the Jaguar Project 7 Concept Car, the all-aluminum bodied roadster, based on the 2014 Jaguar F-TYPE at the Nicklaus Club Monterey, prior to it making its North American debut at the prestigious Pebble Beach Concour D’Elegance Concept Lawn on Sunday.

The Jaguar F-Type: What Do We Know So
prev next