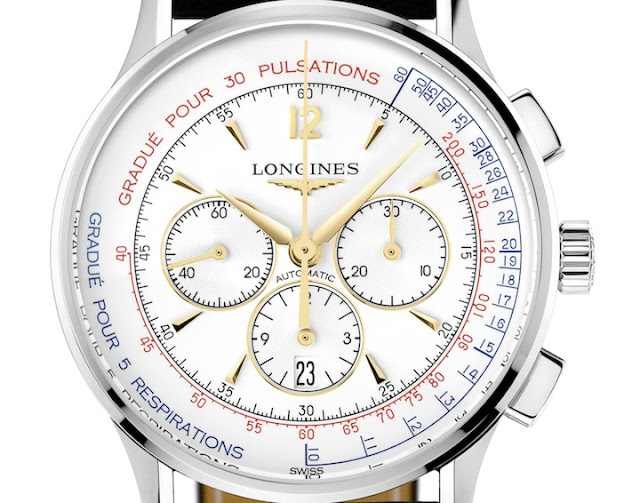 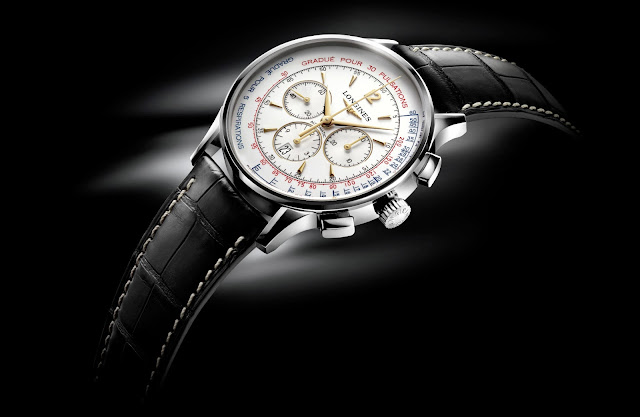 How does it work?  Well, the red heart rate scale and blue respiration scale (get it, red = heart, blue = air) ring the outer edge of the silver dial.  Just add the number indicated by the second hand to the first thirty counted beats, and, presto, you have a heart rate.  Calibrated for five breaths, the chronograph’s second hand is stopped after the patients fifth breath.  The indicated number is the number of respirations per minute.  Cool, huh? 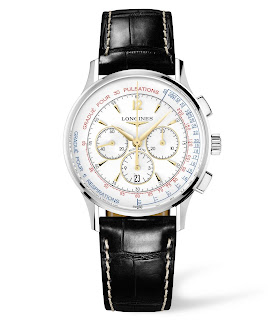 The Longines Asthmometer-Pulsometer Chronograph is powered by a Calibre L652.2 (ETA 2094) 33 jewel movement with 28,800 vibrations per hour housed in a 38.5 mm steel case on a black alligator strap.  No word yet on price, but the full technical specifications are below as is Longines’ press blast.

Nitroglycerine Watch Experiment: What Happens When MB&F and