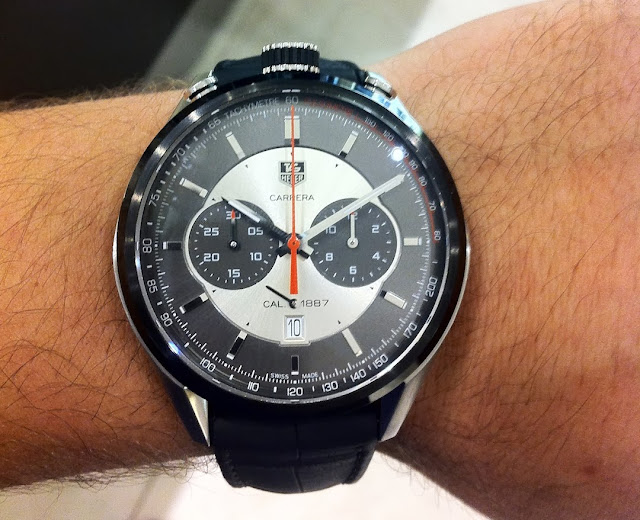 Don’t get me wrong.  I got some pretty good birthday presents this year.  A hunter-case Elgin pocket watch from the early 1900s, an R/C helicopter and a big-honkin’ steak.  Like I said, not too shabby.  But my birthday pales in comparison to Jack Heuer’s.  He got, not one, but two limited edition Tag Heuer chronographs for his 80th, the Tag Heuer Carrera Jack Heuer Edition 80 Years and the TAG Heuer Carrera Calibre 1887 Jack Heuer Edition, seen here.  It’s good to have your name on the dial of one of the most prolific chronograph makers of all time. 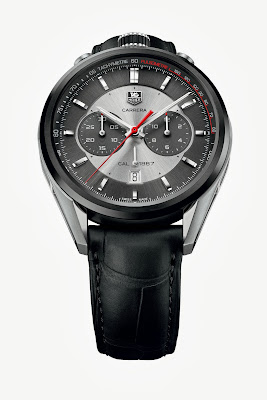 To be hands on with the $7,800 TAG Heuer Carrera Calibre 1887 Jack Heuer Edition is an interesting experience.  I say that because when I first saw the 45 mm watch in photos, I liked it, but I was tentative at it’s gigantic size.  Bear in mind, one of my favorite watches of all time is a 33 mm Hamilton Thin-o-Matic. 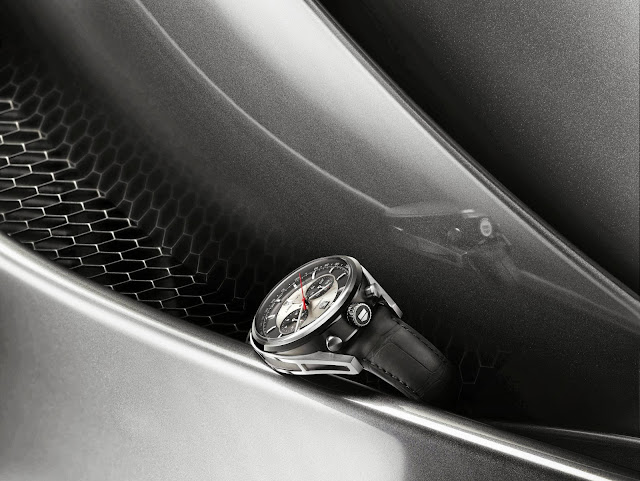 But, having the watch on my wrist and looking at the black titanium carbide steel case that is slightly canted toward my eye and the bullhead style pushers (placed at the twelve o’clock position), my opinion changed almost immediately.  It wears far smaller that 45 mm, and it is much lighter than it looks. 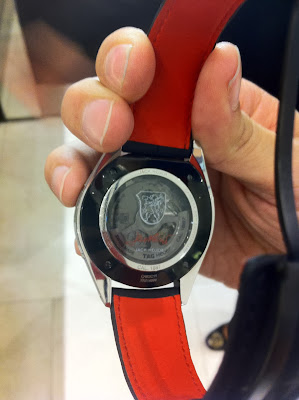 The movement powering the TAG Heuer Carrera Calibre 1887 Jack Heuer Edition is (surprise!) the familiar 39-jewel 1887 chronograph movement and is visible through the sapphire crystal caseback which happens bear the signature of Jack Heuer and his coat-of-arms.  It’s really quite lovely. 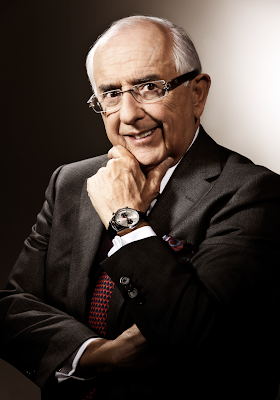 Since it’s also the 50th anniversary of the Tag Heuer Carrera (and the Porsche Carrera, coincidentally) this watch is pulling double anniversary duty.  Which is fine, because I’d be happy looking at the TAG Heuer Carrera Calibre 1887 Jack Heuer Edition (REF: CAR2C11.FC6327) on my wrist for pretty much any occasion. 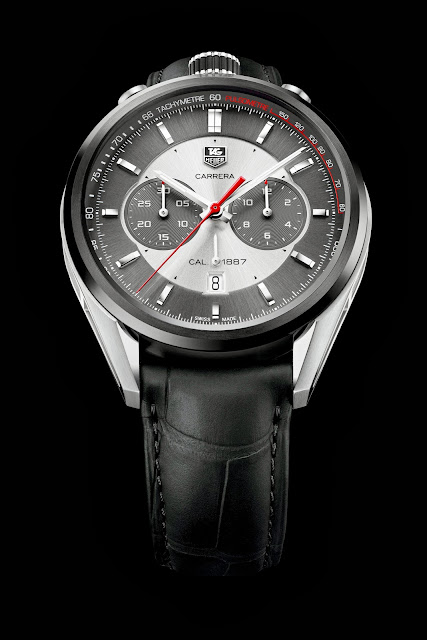