It’s been a busy few weeks for the UK.  Internet censorship laws, royal babies, a new book by J.K Rowling and now a confirmed SUV from Bentley.  Yep, after years of yays and nays Bentley finally officially green-lit the the British mega-lux off-roader.  I use that term loosely since it’s unlikely many Bentley SUVs will see anything other than tarmac and the occasional grass of a polo ground.

Set for a 2016 release, Bentley says their SUV will be the “most luxurious and most powerful SUV” out there.  While rumors abound, they have yet to name their SUV and any sort of price is firmly entrenched in the vast unknown. 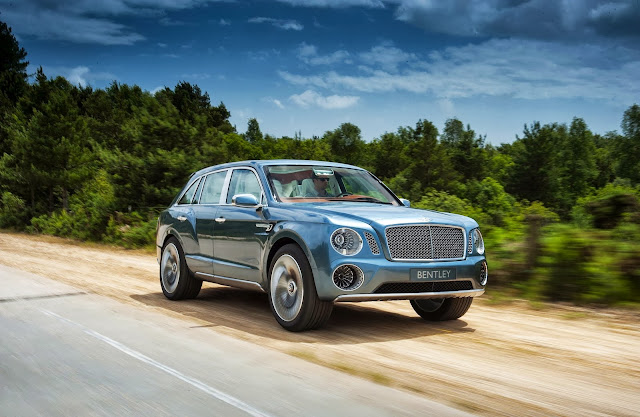 We do have some idea of design, however.  Last year, Bentley paraded about the 2012 EXP 9 F Concept SUV to near universal mixed reviews.  It was a very luxurious and quick SUV, in keeping with Bentley’s brand image, but it seemed to be missing the style and grace present in the Mulsanne and Flying Spur.  But, 2016 is a long way away, so the design could change 1,000 times between now and then.

I’m curious how much this Bentley SUV will share with its VW Group cousins the Volkswagen Touareg, Audi Q7, Porsche Cayenne and Lamborghini Urus.  The VW Group has put a lot of time and money into the development of their quasi-shared SUV platform for Bentley to begin completely from scratch. 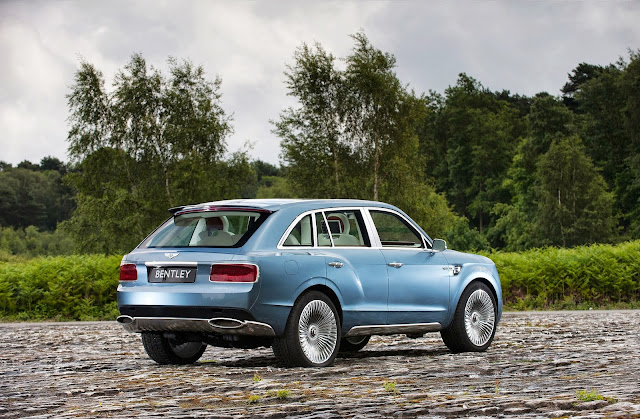 The only thing we really know is Bentley will add about 1,000 jobs and invest £800 million (about $1.2 billion) into both their headquarters in Crewe and production lines over the next three years to get ready for the fourth member of the Bentley line.

To demonstrate the importance of Bentley Motors to the United Kingdom, along with VW Group chair Dr Martin Winterkorn, UK Prime Minister David Cameron was on hand for the announcement saying, ““This £800 million investment and a thousand new jobs from Bentley is fantastic news for both Crewe and for the UK as a whole. It is another important milestone in strengthening our economy.”

It’s not often the leader of a nation shows up for a carmaker’s new model briefing.  I can’t really see President Obama showing up in Detroit for the announcement of Cadillac’s upcoming new flagship sedan.  Prime Minister or not, the upcoming Bentley SUV ought to to cause quite a stir, and I’ll be sure to pass along any news as it comes.  In the interim, check out the press blast below for more info and some photos of the 2012 Bentley EXP 9 F Concept SUV. 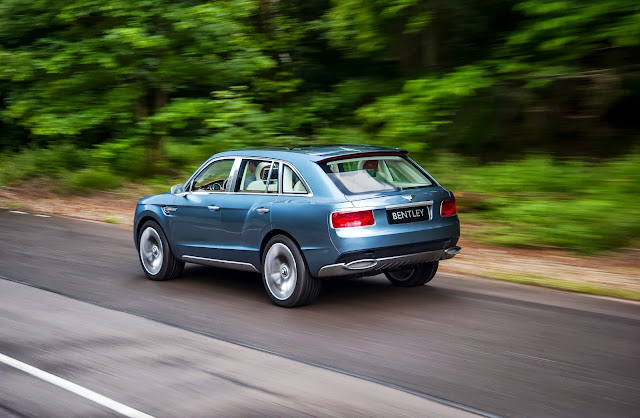 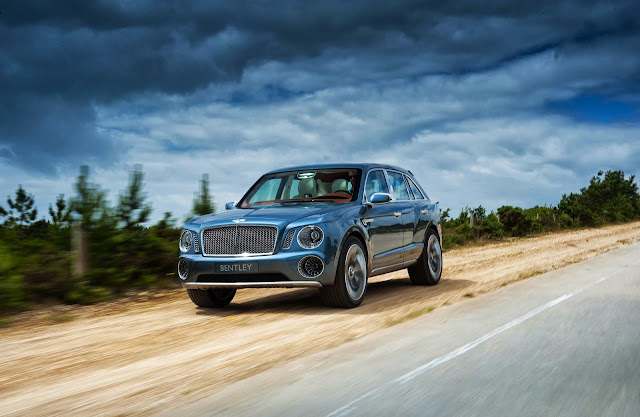 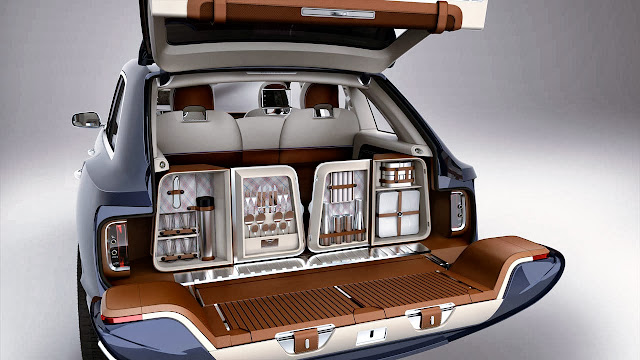 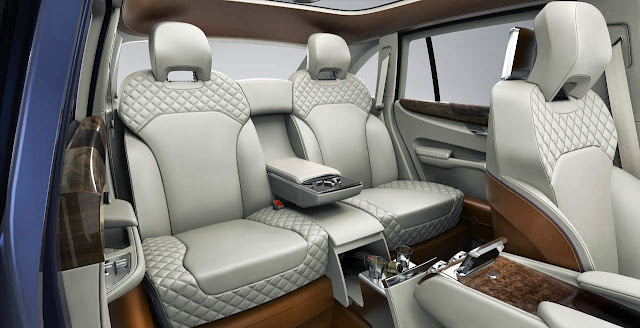 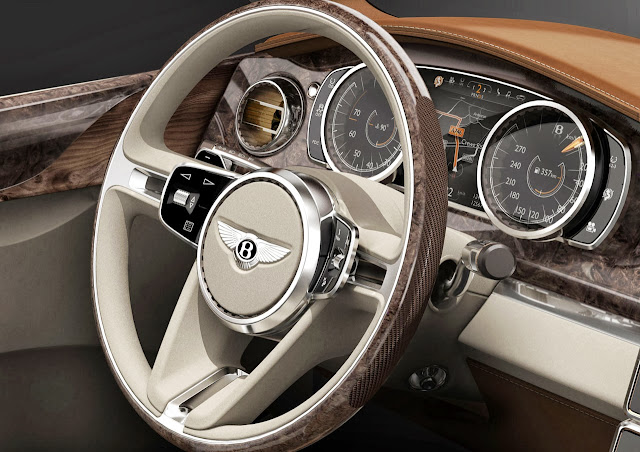 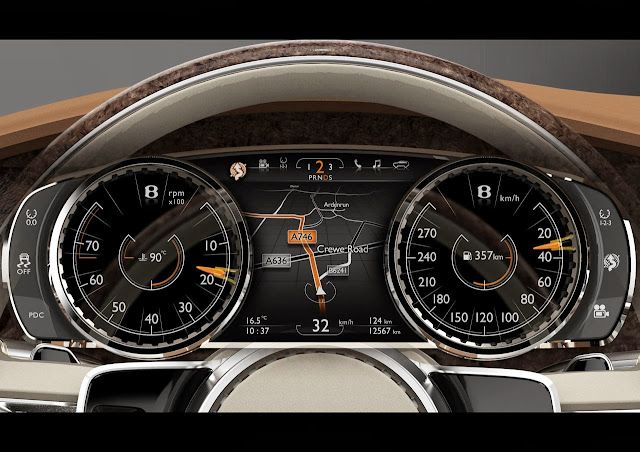 (Crewe, 23 July 2013). Bentley Motors today confirms that it will proceed with the development of the Bentley SUV, the company’s fourth model line. The SUV will be made in Crewe and will go on sale in 2016. It will create over 1000 jobs in the UK. Over the next three years Bentley will invest more than £800 million in its headquarters at Crewe and the development of new models.

UK Prime Minister David Cameron, who was present together with Dr Martin Winterkorn, Chairman of the Board of Volkswagen Group for the announcement at Bentley headquarters in Crewe, said: “This £800 million investment and a thousand new jobs from Bentley is fantastic news for both Crewe and for the UK as a whole. It is another important milestone in strengthening our economy.

“One sector that we know is sprinting ahead in the global race is our booming automotive industry. One vehicle rolls off a production line somewhere in the UK every 20 seconds and we have just launched the Government’s Automotive Industrial Strategy to help continue this success for years to come.

“I am delighted that Bentley will be building their new vehicle here, not only creating a thousand jobs, but safeguarding many more, as well as increasing training opportunities for highly skilled apprentices.”

Dr Winterkorn said: “The Volkswagen Group believes in the UK as a competitive location for industrial production. Bentley fans all around the world are looking forward to the brand’s first SUV. Together we will make this new Bentley another true Bentley – powerful, exclusive and successful.”

Business Secretary Vince Cable said: “This is a welcome commitment to the UK from a major international car maker. Our automotive industrial strategy proves this government’s commitment to working with world-class companies like Bentley to create jobs and promote exports.

“Bentley was the first firm I visited as a government minister and serves as a real example of high value manufacturing. They export more than four out of every five cars they make in the UK to the rest of the world.”

Bentley’s Chairman and Chief Executive, Dr Wolfgang Schreiber, added: “This is excellent news for Bentley and for the UK. Bentley is increasingly successful and this new fourth model line will leverage the success of the global SUV market. The support of everyone involved with the Company has been fundamental to this decision, which will ensure sustainable growth for the company.”

The SUV will be a thoroughbred Bentley true to the brand hallmarks of luxury, performance, quality and craftsmanship. The styling will set it apart from any other SUV on the road and will be true to the Bentley design DNA. It will be the most luxurious and most powerful SUV in the market. The response from customers to a Bentley SUV has been extremely positive in the last 16 months.

Lamborghini Egoista Single-Seat Concept: For Their 50th Anniversary,
prev next