Audi has made quite a name for itself putting their cars, real and conceptual, in blockbuster movies. In the Ironman franchise, Tony Stark’s R8 is the second coolest piece of hardware in the movie.  iRobot featured a futuristic Audi RSQ that gave us a pretty good idea of where Audi was headed design-wise.  Their latest big-screen partnership is with the new Asa Butterfield and Harrison Ford flick Ender’s Game. 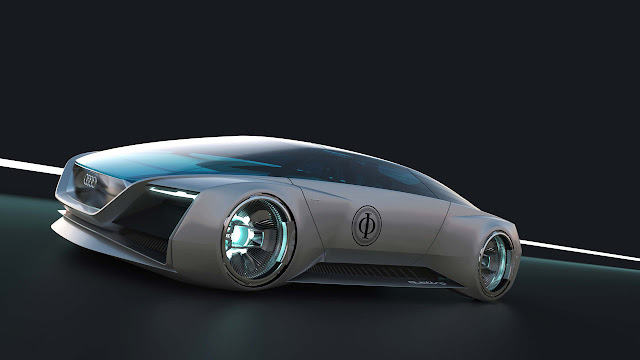 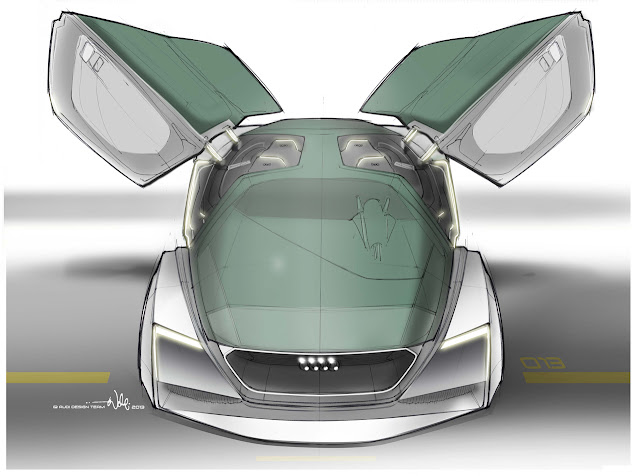 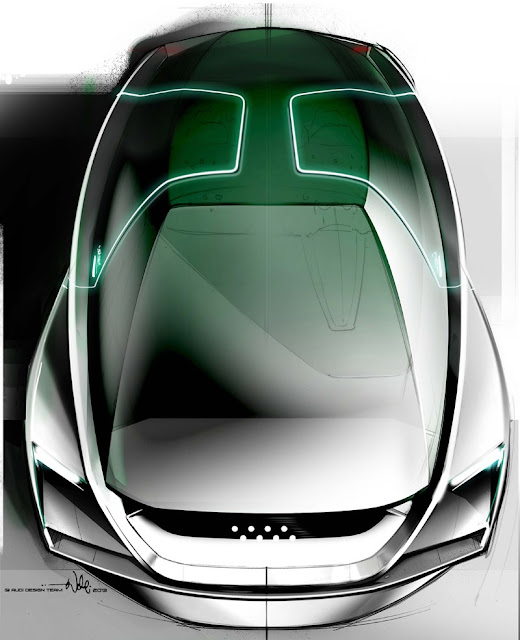 The fictional Audi fleet shuttle quattro seen in the film “Ender’s Game” marks the first time the car company has unveiled a purely virtual Audi in a feature film. True to the company’s “Vorsprung durch Technik” philosophy, the brand with the four rings collaborated with director Gavin Hood and the production team to use the latest technology to digitally and seamlessly integrate the Audi fleet shuttle quattro into the futuristic environment of the film. The company noted that the technologically advanced world of “Ender’s Game” is reflected in the design of the model. “The Audi in the movie represents progress and it appears in key scenes that have a lasting impact on the life of the protagonist,” explained Florian Zitzlsperger, responsible for Brand Partnerships at AUDI AG. “As a result, our Audi becomes part of this fictional world.”

“Designing the Audi fleet shuttle quattro was similar to customizing a tailor-made suit. We adapted it to the requirements of the world in ‘Ender’s Game’ and at the same time had to take care to preserve our brand values,” said Frank Rimili, chief designer for the film project. “We were ultimately able to perfectly project our design philosophy into the fictional world of the movie.” Linda McDonough, a producer of “Ender’s Game,” added, “The Audi brand is already very forward thinking which made their inclusion in our film an organic fit.”

Based on the best-selling, award-winning novel, the feature film “Ender’s Game” is an epic adventure written for the screen and directed by Gavin Hood starring Asa Butterfield, Hailee Steinfeld, Ben Kingsley and Viola Davis with Abigail Breslin and Harrison Ford. In the near future, a hostile alien race has attacked Earth. In preparation for the next attack, humans begin training the best students to find their future leader. Ender Wiggin, a shy but strategically brilliant young man, is pulled out of his school to join the elite. Arriving at Battle School, Ender quickly and easily masters the training, distinguishing himself and winning respect amongst his peers. He is soon ordained as the military’s next great hope and is charged to lead his fellow soldiers into an epic battle that will determine the future of Earth and save the human race. Summit Entertainment, which co-financed the film with OddLot Entertainment, will release the film in the United States.

The film will premiere in German cinemas on October 24.

Audi Q1: The Q Stands for Quite Little