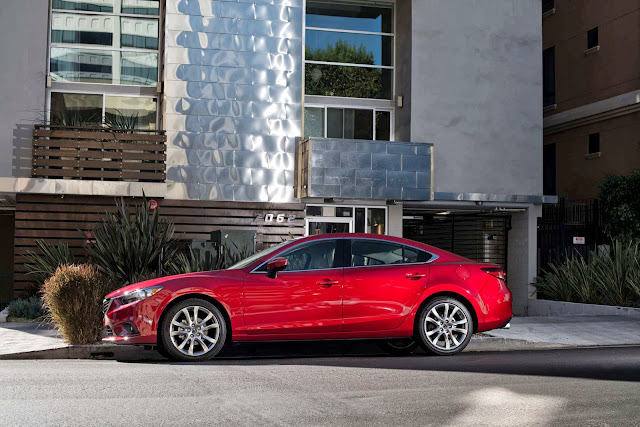 The 2014 Mazda6 is out.  And, like the forthcoming all-new 2014 Mazda3 it takes fuel efficiency very seriously with active grille shutters and Mazda’s innovative i-Eloop (Intelligent Energy Loop) regenerative braking technology.  The latest Mazda6 gets up to 28 mpg in the city and 40 mph on the highway. 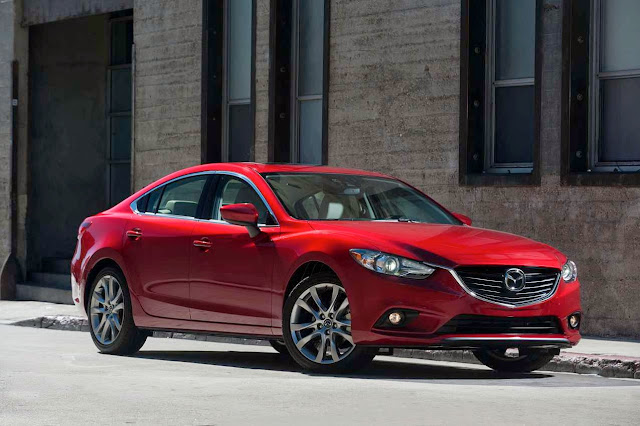 Here’s how it works, somewhere inside the 2014 Mazda6 is an variable voltage alternator, a DC/DC converter and a high-capacity electric double layer capacitor (EDLC).  Under braking and deceleration, the alternator converts the kinetic energy to electric energy which is then stored in the capacitor.  That energy is used to power all of the electronic doodads inside the car like climate control, the sound system, etc.  This significantly reduces the load on the car’s engine alternator, thus saving gas.  Cool, huh?  It’s kind of like a non-hybrid-hybrid. 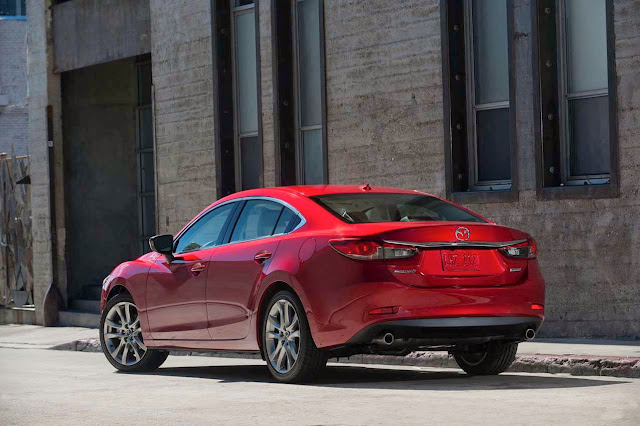 Unfortunately, i-Eloop is only available on the top-spec Grand Touring trim Mazda6 which starts at $29,695.  Even then, you need to opt for the $2,080 GT Technology Package for an i-Eloop-fitted Mazda6.  That’s a whopping $31,775. 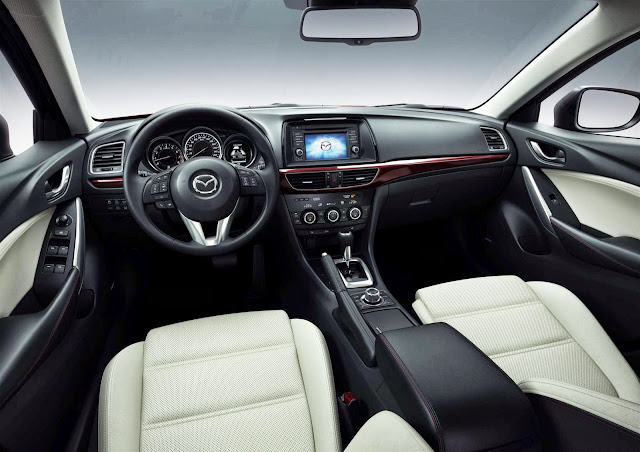 If the Grand Touring trim is too rich for your blood and your good with 25 mpg city (26 mpg w/ auto trans) and 37 mpg highway (38 mpg w/ auto trans), the 2014 Mazda6 comes in the $22,695 Sport trim and the $23,645 Touring trim.  For all three trims, the 184 horse and 185 lb-ft SKYACTIVE-G 2.5 liter engine comes standard.  In terms of transmission, a six-speed manual SKYACTIVE-MT or six-speed auto SKYACTIVE-Drive transmissions are available.  For the full details, peruse the press release below. 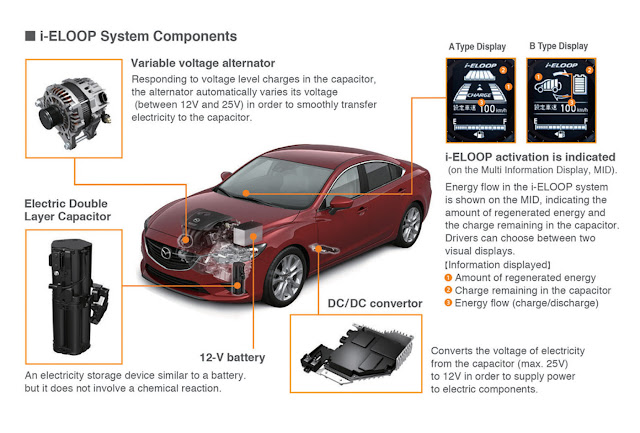 “Mazda is again changing the game of automotive engineering, this time making fuel efficiency not seem as a compromise but a true complementary feature as part of the complete vehicle package,” said Jim O’Sullivan, president and CEO, MNAO.  “With the addition of i-ELOOP, the 2014 Mazda6 will achieve the best mileage for a non-hybrid midsize sedan.  But fuel economy isn’t the sole focus of our engineering and design teams, as being a leader in dynamics, design and safety create a win-win for the company and consumers.”

With its name derived from “Intelligent Energy Loop,” i-ELOOP is a capacitor-based regenerative engine braking system that converts a vehicle’s kinetic energy into electricity as the car decelerates.  The electricity captured is then stored for later use to power all the vehicle’s electrical components, such as headlights, climate control and audio systems.  This reduces the need for the engine to burn extra fuel in order to generate electricity and, therefore, improves fuel economy without sacrificing driving performance.  In order to efficiently recapture the kinetic energy and convert it into electricity, i-ELOOP utilizes a 12- to 25-volt variable voltage alternator, a DC/DC converter and a low-resistance, high-capacity electric double layer capacitor (EDLC).

Conventional alternators are constantly charging the battery in an effort to keep up with a vehicle’s electrical loads, which means using engine power to operate the alternator, which, in turn, consumes fuel.  With the i-ELOOP system in operation, the alternator is free-wheeling, creating almost no parasitic drag on the engine, which reduces the amount of fuel used.  Upon vehicle deceleration, the engine and alternator continue to spin as the vehicle slows down, working off of the vehicle’s inertia.  To take advantage of this free energy, i-ELOOP’s special variable-voltage alternator kicks in and generates short bursts of electricity that is stored within the capacitor.  The capacitor then meters power out into a smooth, continuous flow to satisfy energy loads.

While the increased engine braking caused by the hard-charging alternator is too small for drivers to feel, the smooth power delivery coming from the capacitor means the electrical systems do not operate differently with i-ELOOP.  Exact fuel savings will vary based on electrical load and individual driving habits.

On sale now, the 2014 Mazda6 starts at $20,990[2] MSRP and is available in three trim levels – Sport, Touring and Grand Touring.  Featuring a SKYACTIV-G 2.5-liter gasoline engine as standard equipment, Mazda6 vehicles offer 184 horsepower at 5,700 rpm and 185 lb-ft of torque at 3,250 rpm.  Sport ($22,695 MSRP) and Touring ($23,645 MSRP) models are available with either a SKYACTIV-MT six-speed manual transmission or SKYACTIV-Drive six-speed automatic transmission.  Fuel efficiency when paired with the manual transmission for non-i-ELOOP cars is rated by the EPA at 25 city/37 highway/29 combined mpg and increases to 26 city/38 highway/30 combined mpg with the automatic.

A mid-year add-on, the SKYACTIV-MT six-speed manual transmission is now available on the Touring trim.  The SKYACTIV-Drive automatic transmission adds $1,050 to $24,695 MSRP, but equipment and features remain the same for all Touring models, including offering new vehicle features such as a Commander Switch for the 5.8-inch display screen and Rear Cross Traffic Alert (RCTA).  The all-new Smart City Brake Support (SCBS) system will continue to be available as part of the Touring Technology Package ($2,000 MSRP).