2014 Maserati Ghibli Photos and Info Ahead of Shanghai Debut

Maserati is debuting the Ghibli later this month at the Shanghai Motor Show.  But, in a pre-reveal mini reveal, Maser has offered forth a few photos of their upcoming “entry-level” sedan along with a tiny bit of info.

According to Maserati, the Ghibli will have the same athletic and sporty character as its big sibling the Maserati Quattroporte.  It will be powered by a choice of twin-turbo 3.0 liter gasoline V6s or a Maserati-first 3.0 liter V6 turbo diesel routing through an eight-speed automatic gearbox.  Power will be put-to-ground via rear-wheel drive or the new Maserati Q4 AWD system. 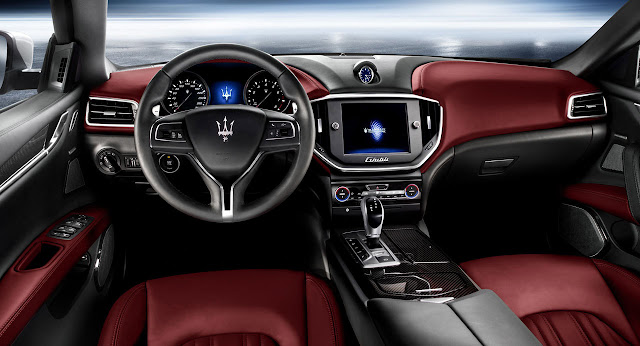 Maserati expects to sell about 50,000 cars per year and hopes the Ghibli will be a big chunk of that.  Unfortunately, the Maserati Ghibli seems to suffer from the same luxury-sedan design torpidity as everyone else.  While the Maserati Quattroporte and GranTurismo have aggressive and svelte looks to them that are distinctly Maserati, the Ghibli is just a generic luxury sedan with a different grill and six fender vents.  It actually looks an awful lot like the Infiniti Q50.  Take a look at the photos and decide for yourself.  We’ll have to wait until Shanghai to get the pricing and the real scoop on the 2014 Maserati Ghibli.

Press Release
The all-new Maserati Ghibli to debut in Shanghai
09/04/2013 – Modena
Maserati has released the first official images of its upcoming four-door sports executive sedan in advance of its debut at the Shanghai Motor Show later this month.
The all-new Ghibli is set to break new ground for Maserati.
The Ghibli will have a sportier character compared to the larger Quattroporte, launched at the beginning of this year. The Ghibli will be available with two turbocharged 3.0-litre V6 engines, an eight-speed automatic transmission and both rear-wheel drive and the new “Q4” all-wheel drive system.
The Ghibli will also become the first Maserati production car in history to be powered by a diesel engine, with a 3.0-litre V6 turbo-diesel.
It is Maserati’s first sedan in this segment and reflects the company’s belief that a growing number of premium executive car buyers are looking to make an individual statement through a car that is distinctive, elegant and luxurious.
The Ghibli will play a significant role in Maserati’s growth plan to sell 50,000 cars per year.

Mercedes-Benz Leaks Photos of the GLA Concept Before