Eleven days ago, Maserati “leaked” some photos of the 2014 Ghibli.  Today, they’ve officially debuted the middle-Maser at the Shanghai Motor Show.  Maserati hopes to sell a total of 50,000 cars annually and wants the Ghibli to play a big part as a competitor the Audi A6, Mercedes-Benz E-Class, BMW 5 Series, Cadillac CTS and Jaguar XF.  The only problem, it still looks like an Infiniti Q50.

As we reported earlier, the 2014 Maserati Ghibli has a range of three engine options, all 3.0 liter V6s.  Now, we know the performance associated with those engines.  The base engine is a single turbo 3.0 liter V6 putting out 330 horse and 368 pound-feet of torque.  That engine is good enough to push the Ghibli to sixty-two miles-per-hour in a respectable 5.6 seconds.  It also gets an awesome 28.8 mpg.

Pony over a few more Lira for the Ghibli S, and you get a twin-turbo version of the 3.0 liter V6 with 410 horse and 406 pound-feet that will shorten the 0-62 sprint to five seconds even.  Keep in mind, the Jaguar XFR-S will hit 62 in about 4.5 seconds and the XFR will take 4.9.  The Ghibli S also as a Maserati first an the new Q4 AWD system.

Get the 3.0 liter Diesel for a torque monster.  You only have 275 horse on tap, but you make up for it with 443 pound-feet of torque.  That’ll cross the 62 mph mark in 6.3 seconds.  Of all the engine options, that, I think, is the most impressive, especially since it can achieve an amazing 47 mpg. 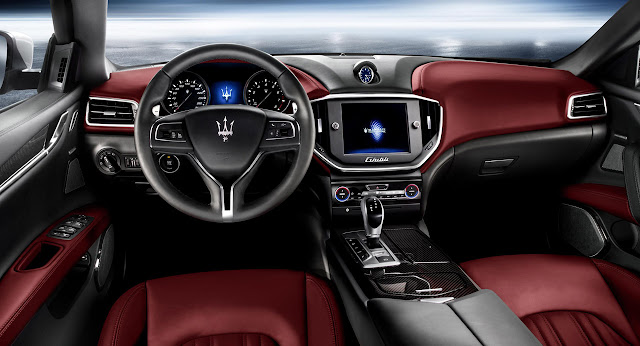 We will have to wait and see if the drive of the 2014 Maserati Ghibli makes up for its less than ground-breaking design.  But, for now, have a look at the gallery and peruse the press release below for the full scoop. 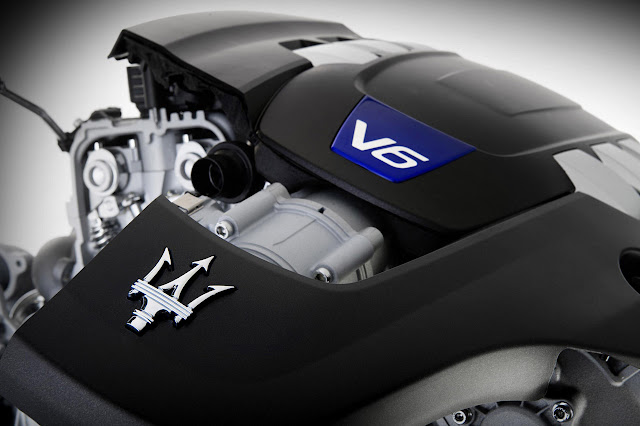 2014 Maserati Ghibli Photos and Info Ahead of
prev next