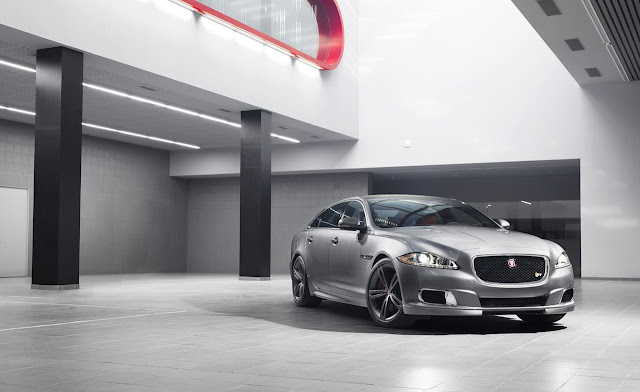 If you’ve always thought that the Jaguar line-up needed an extended wheelbase executive sedan capable of hitting 60 miles per hour in 4.4 seconds and top out at 174, you’re in luck.  At the New York Auto Show Jaguar debuted their newest big cat super sedan, the 2014 Jaguar XJR. 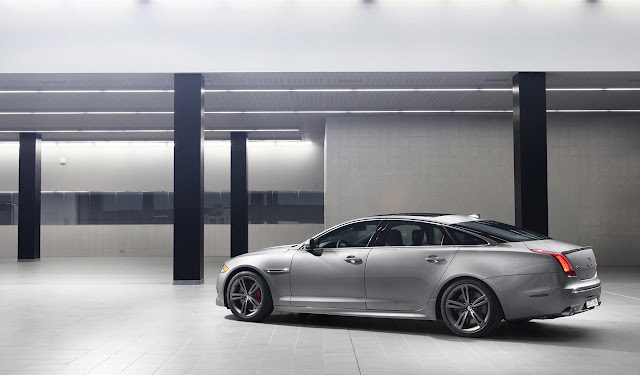 The 2014 XJR is powered by Jaguar’s 5.0 liter supercharged V8 that pumps out 550 horse and 502 pound-feet of torque.  Before you can say “British forced induction extended wheelbase executive super sedan” you hit 60 mph (as long as it takes you longer than 4.4 seconds to say it).  The big V8 is mated to an eight-speed ZF auto gearbox which helps a bit with the fuel economy.  Jaguar extimates the XJR can get 15 mph city and 23 mph highway. 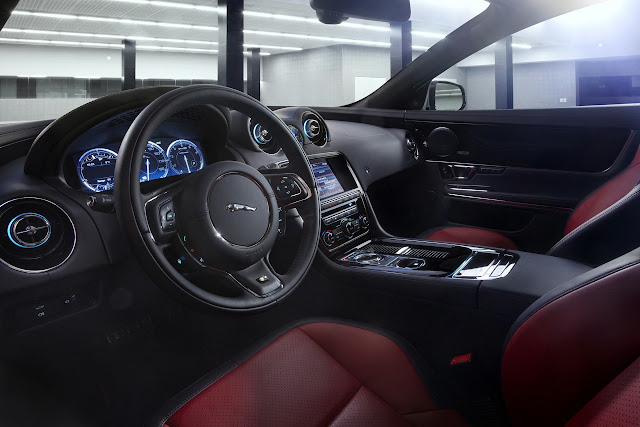 A host of go-fast tweaks grace the XJR, like unique 20 inch wheels Pirelli 265s up front and 295 out back, stiffer spring rates, sport tuned dampers, and subtle aerodynamic add-ons.  Inside and out, the Jaguar XJR gets special “R” badging.  The interior maintains the luxury and gadgetry you’d expect from a $116,000 (regular wheelbase) or $119,000 (extended wheelbase) sedan.  For the rest of the details, check out the press release below. 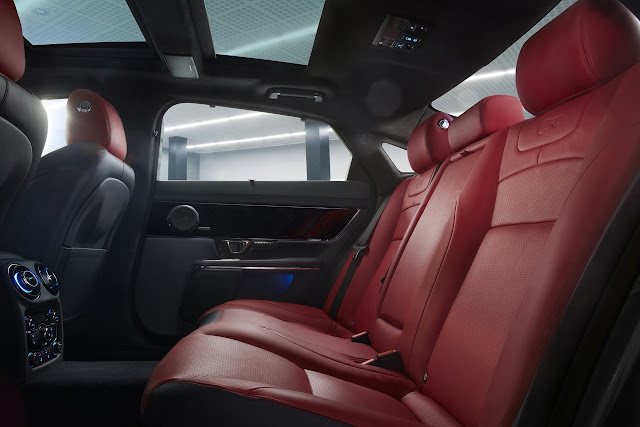 “The new XJR epitomizes the three pillars of technology, performance and seductive design which the Jaguar brand stands for in the twenty-first century, while delivering new levels of dynamic ability in a luxury sedan.”
-Adrian Hallmark, Global Brand Director, Jaguar

“This XJR is the flagship XJ and I’m delighted we’ve got it back into the range. This is a premium luxury supercar that also has an extremely purposeful look to it. This car will surprise, there’s no doubt about it.”
– Ian Callum, Design Director, Jaguar

Powertrain
Spirited performance is provided by a 5-liter supercharged V8 engine that provides 550hp and 502 lb/ft of torque. Functional aerodynamic components including a front air splitter, functional hood vents, and quad tailpipes also add to the car’s purposeful demeanor. Combined with an eight-speed transmission that extends the performance characteristics of the car, the XJR is capable of accelerating from zero to 60mph in 4.4 seconds (0-100km/h in 4.6 seconds) and on to an electronically limited top speed of 174mph (280km/h).

This all-aluminum V8 engine delivers exhilarating performance and efficiency thanks to technologies such as spray-guided direct injection (SGDI) and dual independent variable cam timing (DIVCT). The high-pressure die-cast lightweight aluminum block is stiffened with cast-iron liners and cross-bolted main bearing caps, providing refinement to match its power. The engine breathes through aluminum four-valve cylinder heads, and the intake is pressurized by a Roots-type twin vortex supercharger. Two air to liquid intercoolers, which feature their own water-cooling circuit, reduce the temperature of the intake charge to optimize power and efficiency.

Maximizing the benefit of the engine calibration is the eight-speed automatic transmission. This transmission system brings out the sporting nature of the XJR while still maintaining the car’s composure in town and in low-speed driving environments.

When operating in automatic mode, the transmission can detect the manner in which the car is being driven by monitoring acceleration, braking, cornering forces, throttle application, brake pedal activity, road load, and kick down request. On detecting a more enthusiastic driving style, the transmission will automatically make the gearshifts more aggressively and move the upshift point to a higher RPM. Steering wheel-mounted gearshift paddles allow manual gear selection.

The Jaguar Intelligent Stop/Start system is standard. This system automatically reduces idling by stopping the engine when the car comes to a stop with brake pedal depressed. When the brake pedal is released, the system will restart the engine in less time than it takes for the driver’s foot to move from the brake pedal to the accelerator. A twin solenoid system which features separate actuation of starter gear engagement and drive motor actuation, it allows for ‘change of mind’ functionality, bringing the engine back up to speed even during its run-down phase if, for instance, the car is coming to a halt at an intersection and the driver sees an opportunity to join the traffic flow.

The suspension system has been extensively tuned on both road and track, using the legendary Nürburgring circuit in Germany, the high-speed Rockingham circuit in England, and the winding roads of England and Wales.

Tuned dampers and spring rates maximize the sporting handling capabilities of the car while providing the signature ride comfort expected of a Jaguar. Jaguar Adaptive Dynamics actively controls vertical body movement, roll, and pitch rates through the use of continuously variable dampers. The system monitors driver inputs and the road conditions, adjusting damper rates in response up to 500 times a second. The driver’s selection of Dynamic Mode calibrates the damping rates to the firmer end of the available range.

The Jaguar active electronically controlled differential can apply full locking torque almost instantaneously when necessary, and has been calibrated to utilize the high levels of grip and power. Working in parallel with the differential, the ‘Trac DSC’ setting of the Dynamic Stability Control system now offers the enthusiastic driver more opportunity to explore the outer edges of the handling envelope. The steering hydraulics and calibration have also been engineered to enhance steering feel, response and feedback under all driving conditions.

In order to achieve the maximum benefit from the suspension, the XJR has new lightweight, forged 20-inch alloy wheels. The tires were specifically developed for Jaguar in conjunction with Pirelli. They are 265/35-20 and 295/30-20 front/rear and have been specified to deliver optimal cornering grip, traction and stability over a wide range of speed and performance parameters.

Design
“The Design Team wanted to create a graphic link to the performance credentials of this car, as well as delivering the optimal balance of aerodynamic down force front and rear. Hence the chrome-rimmed intakes on the front bumper have become an ‘R’ model ‘signature element’, acting as a visual reference to the car’s twin superchargers, while the front aero splitters are complemented by the rear spoiler. We really dialed up the visual content on the XJR, compared to its predecessors; it’s where our customers now expect it to be.”
-Wayne Burgess, Studio Director, Jaguar Design

The appearance of the XJR has been modified with functional aerodynamic enhancements.  The side rocker sills, unique to the XJR, serve to create a sharp break-off point between the bodywork and the road surface in order to keep the airflow attached to the car’s sides for as long as possible. Rear lift is also reduced through the fitment of a trunk lid-mounted lip spoiler to manage the airflow off the top rear surface of the car, while hood vents aid in aerodynamics and engine cooling.

The car’s dynamic intent is underlined by the palette of materials used on the interior. Jet Black leather trim is available with a choice of either Ivory, London Tan or Red Zone inserts on the seat facings or simply Red Zone or London Tan contrast stitching. The seats themselves are embossed with the ‘R’ logo. Jet Black suede cloth headlining is standard. Interior veneers are available in either Carbon Fiber or Piano Black.

The five-spoke, lightweight forged alloy wheels provide the XJR with a purposeful, broad shouldered stance and come as standard in either Sparkle silver or Technical grey finishes. The assertive appearance of the XJR is further enhanced with a gloss black front grille and lower intake mesh, with chrome surrounds.

“The XJR is the sporting pinnacle of the XJ range. This car has been dynamically set-up from the outset to deliver stunning performance, while still retaining the luxury and comfort common to the entire XJ range.”
-Andrew Dobson, Chief Program Engineer, Jaguar XJR

An 825 watt, 18-speaker surround-sound system from British audio experts Meridian™ is standard. Recognized by audiophiles as a leader in audio reproduction, Meridian has developed a proprietary Trifield™ System that places every occupant at the center of their own perfectly focused surround-sound arena. 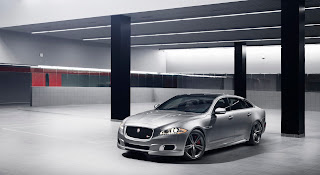 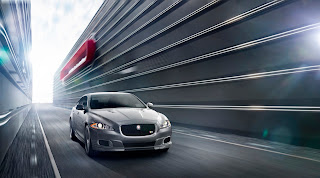 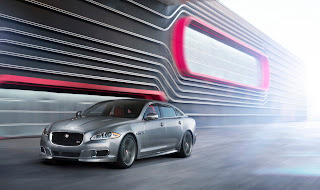 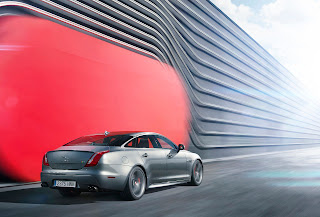 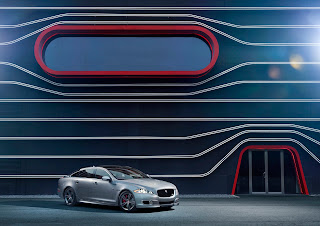 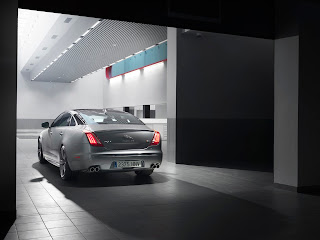 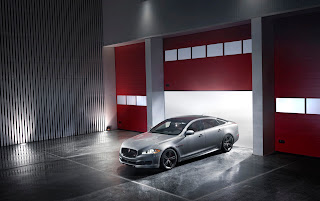 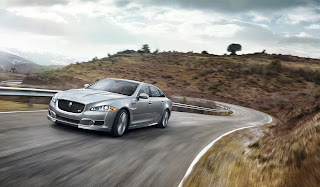 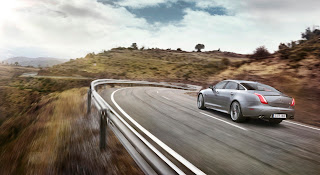 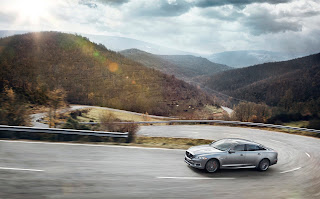 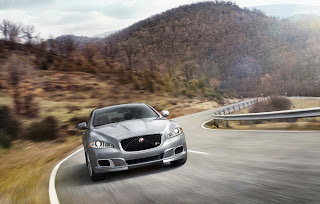 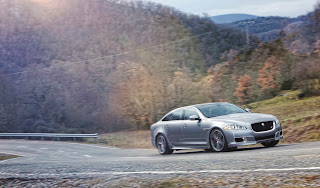 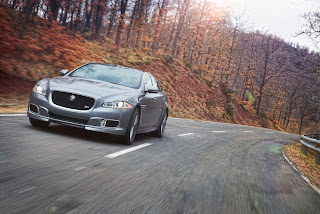 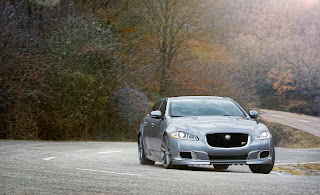 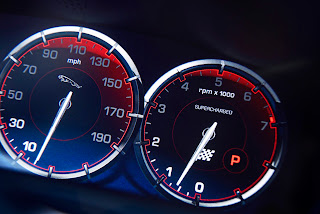 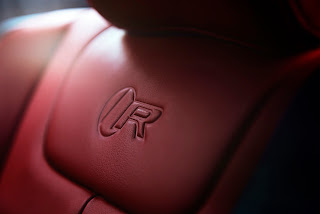 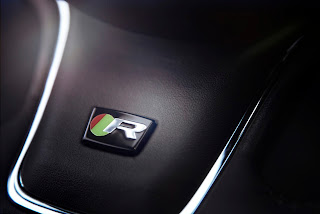 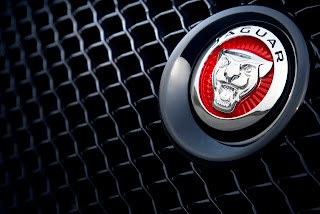 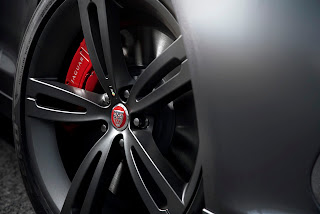 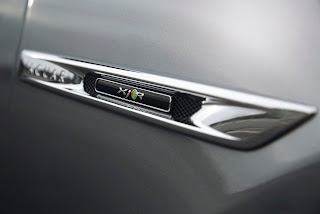 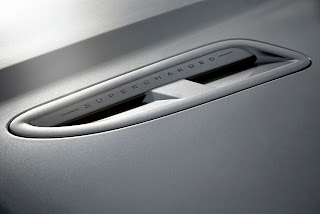 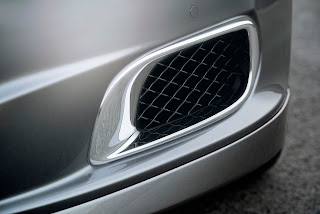 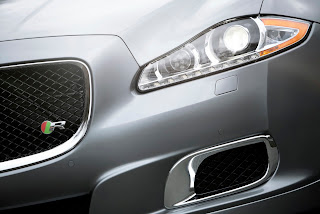 Subaru WRX Concept: The Future Is Bright… and