After all of the rumors, blurry leaked magazine covers and artist renderings, the 2014 Chevrolet Corvette C7 is finally here.  Ok, so is the Corvette Stingray (as it is officially called) worth all the hullabaloo surrounding it?  Short answer, yes.  Long answer, absolutely, positively, without a doubt, yes.  But, as LeVar Burton was fond of saying in Reading Rainbow, you don’t have to take my word for it.  The design and specs can speak for themselves. 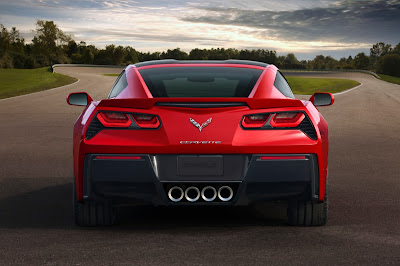 And, it sounds good too.  The exhaust diameter has grown from 2.5 inches to 2.75 inches over the last generation and is far less restrictive to the tune of a 13 percent improvement on the standard exhaust and 27 percent on the active exhaust system.  A pair of butterfly valves refine the exhaust note further when cruising in V-4 mode through the cylinder deactivation.  By the way, I’m not entirely sure that true cylinder deactivation has ever really played well with a manual transmission.  I look forward to seeing it work here. 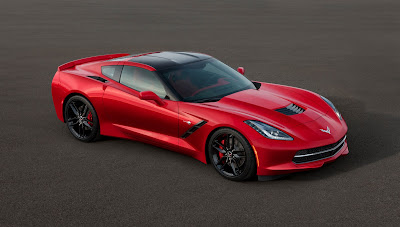 Did I mention it should get nearly 30 mpg?  Not too bad for a car that will give the Millenium Falcon a run for its money.  The fuel efficiency comes due to the integration of a few new-to-Corvette technologies.  For the first time, Active Fuel Management, cylinder deactivation, continuously variable valve timing, an advanced combustion system that will deliver more power with less fuel, direct injection, less overall weight and better aerodynamics all contribute to give the Stingray the Corvette’s best ever fuel economy. 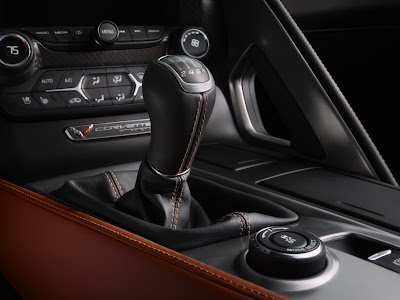 All the power, torque and crazy fuel saving technologies mean little if you can’t get the generated power to the wheels.  That’s where the new –>TREMEC TR6070 seven-speed gearbox with Active Rev Matching comes into play.  There have been a few cars where the engine’s CPU will automatically match the revs on a downshift.  It was a big deal with the current iteration of the Camaro a few years back, if you recall.  The C7 will actually rev match on both upshifts and downshifts, a first.  The Corvette’s brain will actually “sense” which gear the driver is shifting into and match the revs accordingly on the fly.  No more throttle blipping.  If stick shift isn’t your thing, a Hydra-Matic 6L80 six-speed automatic with steering wheel mounted paddle shifters is also available.

Now that the power is to the wheels, it has to get to the ground and get there in such a way that you stay on the road.  In a move that is a bit at odds with the rest of the auto industry, the 2014 Chevrolet Corvette’s wheels and tires are smaller than those on the current base ‘Vette.  At 18 inches in the front and 19 inches in the rear, the wheel diameters are unchanged.  However, at 8.5 inches in width up front and 10 inches out back, the Michelin Pilot Super Sport tires are an inch and two inches narrower, respectively.  The helps the car in two main ways, better road feel and better aerodynamics.  Overall grip should stay the same due to a stickier rubber on the Pilot Super Sports. 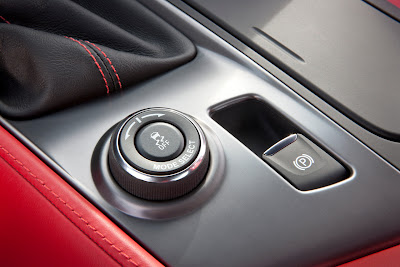 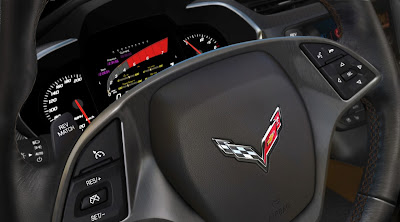 In keeping with the 2014 Stingray’s trend of trying to anticipate a driver’s needs, the Drive Mode Selector also changes the information the driver gets on their gauge cluster.  In Tour, Eco and Weather modes, the display shows info for trip data, audio and navigation.  Sport mode shows traditional sports car gauges.  Track mode is trying to be straight up racecar with a lap timer and everything. 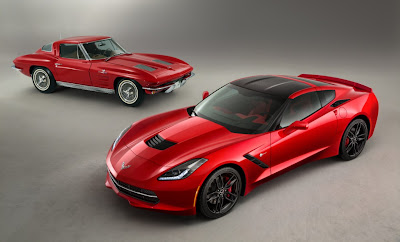 The 2014 Corvette Stingray is quite the handler, too.  It will hit 1g on the skidpad.  That is thanks to some serious thought put into the cars overall design as it relates to handling.  The new Corvette’s wheelbase is about an inch longer than the C6 with its front a rear tracks stretching about an inch each.  Not only does this offer a more stable feel on the road, but the turning radius has shrunk about two feet.  The new Corvette is a model of maneuverability.

As standard, the C7 comes equipped with 35mm-piston Bilstein monotube shocks that connect to dual-path aluminum shock mounts.  Opt for the Z51 Performance Package and you get 45mm-piston Bilstein dampers.  For those who go all in, the Z51 is available with the third-generation Magnetic Ride Control that is 40 percent faster reacting than in previous generations, enabling improved ride comfort and body control. 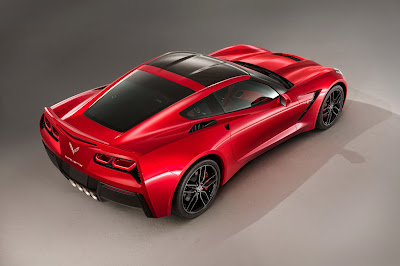 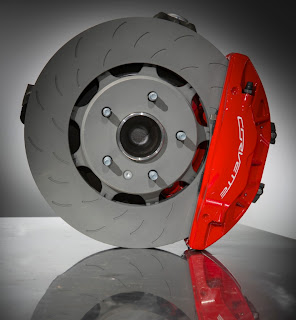 Going faster means you need to be able to stop.  The 2014 Chevrolet Corvette comes standard with Four-piston fixed caliper Brembo brakes derived from racing.  Up front, 13.3 inch rotors and 12.6 inch in the back.  Stopping distance has been improved by nine percent from the C6 to the C7.  With the Z51 Performance Package and you get dual-cast, slotted 13.6-inch front rotors and 13.3-inch slotted rear rotors. 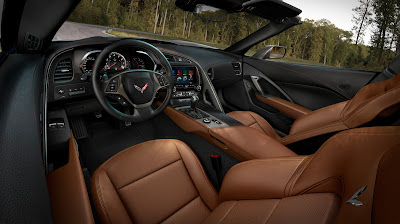 It can pretty much go without saying that the past few generations of Corvettes have had somewhat lackluster interiors.  As a matter of fact, they were downright cheesy.  Thankfully not anymore.  The designers were given a blank slate to change all that.  The new interior is a very driver oriented spaces full of Napa leather with fine stitching, carbon fiber, micro-suede, real aluminum trim (not that painted plastic crap) and is fully-wrapped in soft surfaces.  So much better.  As a matter of fact, according the GM, the new interior tested better in focus groups than that of the Audi R8 and Porsche 911. 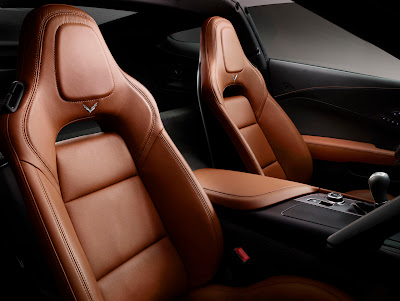 The seats are better too.  Two options of seats are available, both on ultra-light magnesium frames.  The GT seat is designed for all-around comfort and the Competition Sport seat has serious bolsters to finally offer support on the track commensurate the Corvette’s performance.  So far, the 2014 Corvette’s interior can come in black, gray, red and Kalahari brown.

Outside, yes, it still looks like a Corvette, but it finally looks like the Corvette we’ve been dreaming of.  The headlights, are far more detailed and visually dynamic than those of the past.  They are almost Ferrari-like with the LEDs running up the sides.  The dual-element taillights are sure to be a point of controversy for quite a while.  The squared-off, tightly spaced lamps are a departure from the tradional lamps of old but a departure in a good direction.  The sculpted lenses stand up well to the angular and sculptural shape of the new body. 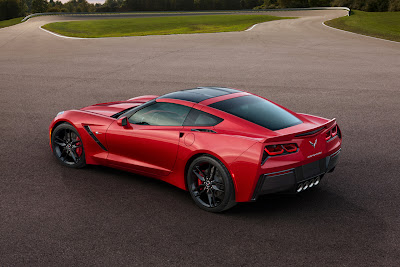 Under its beautiful beautiful skin, the Corvette is completely new.  Lightweight materials and components like the carbon fiber hood and removable roof panel, composite fenders, doors and quarter panels, carbon-nano composite underbody panels and an aluminum frame (that is 57 percent stiffer and 99 lbs lighter than that of the C6) give the ‘Vette and ideal 50/50 weight distribution.

Hopefully the 2014 Chevrolet Corvette be as good in the real world as it is on paper.  We’ll just have to wait and see.  The Stingray is scheduled to hit dealerships sometime around September. 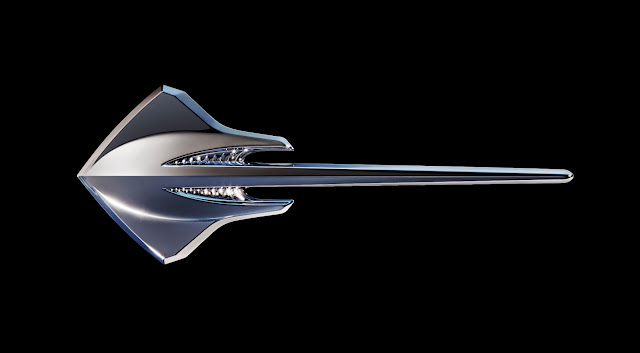